While progress towards equality between men and women has been made, gender gaps persist. Here we take a look at what we have achieved through the gender equality and gender-based violence programmes. 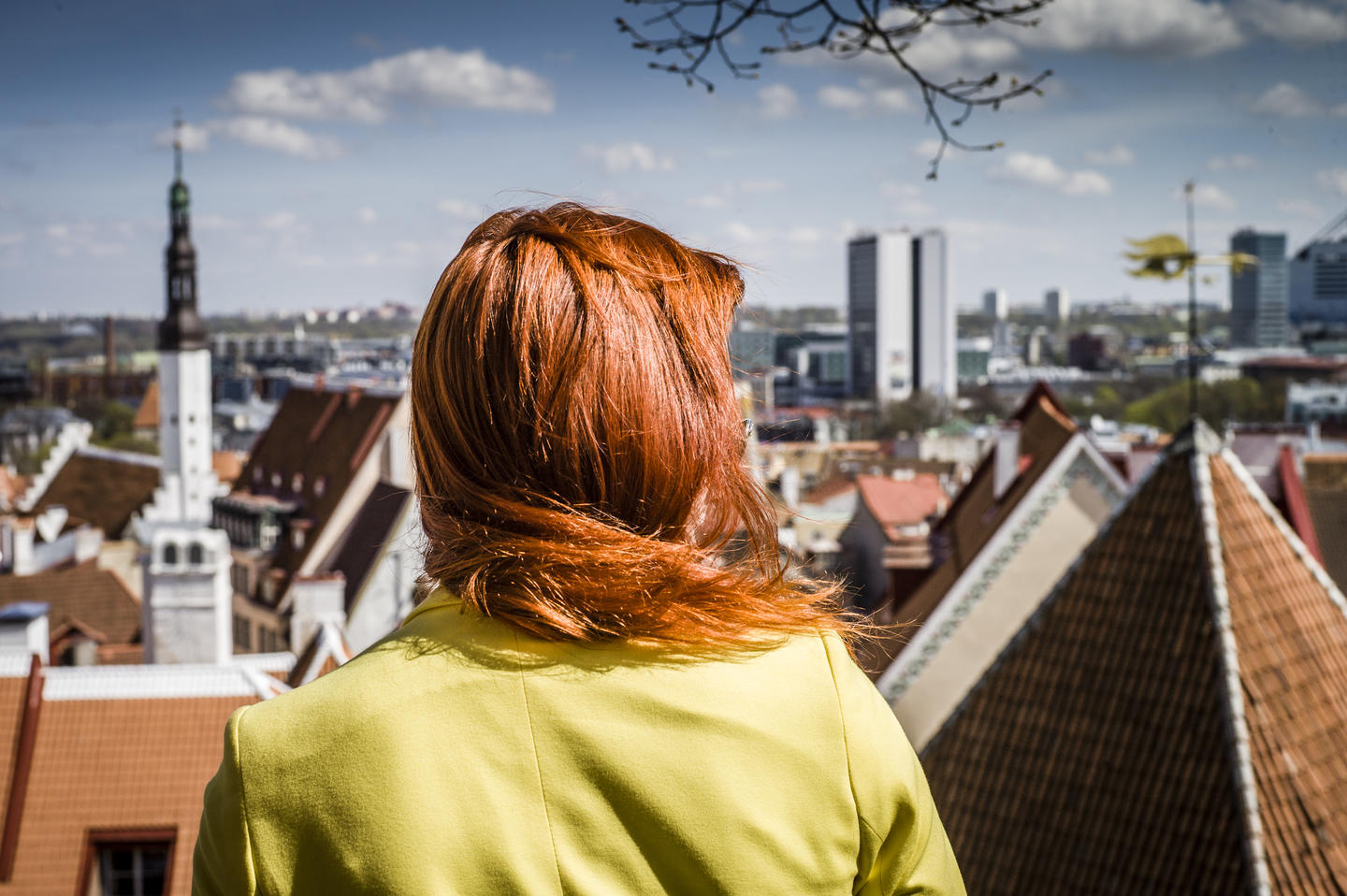 The European Commission’s strategic engagement for gender equality 2016-2019 shows that challenges remain. Across Europe, women are still over-represented in lower-paid sectors and under-represented in leadership both in business and politics. Gender-based violence is still widespread, and a challenge facing all European countries.

Equality between women and men is a priority for Iceland, Liechtenstein and Norway, and through the EEA and Norway Grants, the three donor countries provide around €25 million to programmes that promote gender equality. The support reflects the importance attached to the issue of gender equality as a prerequisite for social and economic development. Through the Grants, Norway is also contributing around €27 million to programmes aiming to tackle both the causes and consequences of gender-based violence. Violence against women represents a major obstacle to the achievement of full equality between men and women.

Projects within the programmes on gender equality span on a broad range of initiatives and issues – from awareness raising and research on gender issues, to developing national strategies and practices promoting female participation on boards and in decision-making. These efforts are all starting to show tangible results.

One of the aims of the programmes has been on making sure that gender issues are mainstreamed across national policies and practices. To date, a total of 18 instruments and tools designed to mainstream gender issues across policies and practices in concrete sectors have been introduced as a results of the programmes. Of these 18, five are developed within the Spanish gender programme. Mentoring, business training and awareness raising have been the key to these successes, and helped mobilise women to overcome barriers and be ambitious for themselves and for the society.

The ‘Promociona’ project in Spain has worked to improve the gender balance in company boards. To date, 87 Spanish companies have committed to increase the number of women in managerial positions as a direct result of the project. 40 female employees from some of the biggest companies in Spain have received business training, mentoring and coaching in order to improve their management skills. The project has been a huge success, and led new companies to cover additional training for 36 new participants. To date, 28 of the participants have been promoted. Beatriz de Dios, an engineer and Head of the Quality Department in Renault Valladolid, was promoted after taking part in the project:

“I must admit that when my company offered me the opportunity to take part this project I hesitated because of the ‘women only’ label. But the experience couldn’t have been more positive. The programme is very good, and the management excellent,” Dios said. The project has received a grant of €578 000, which has helped raise awareness around the issue of gender parity in companies.

The gender programme in Spain has a strong focus on initiatives that aim to increase female entrepreneurship. For instance, thanks to the EEA Grants, a total of 190 women has received business training and mentoring in Spain through the ‘Entrepreneurship Plus’ project. The women have different backgrounds, but have one thing in common: they have ventured out of their comfort zone and taken the brave step of setting up their own business.

“We offer advice on how to create a company, assess skills and competence, and provide training workshops and network opportunities. But this is not only an entrepreneurship project. At its core we are also working for equal opportunities for women,” says Yolanda Fernández, Managing Director of project promoter Spanish Federation of Progressive Women.

The programmes in these areas have generated a high number of partnerships between organisations in the beneficiary and the three donor countries. For example, in 2015, the Spanish Institute for Women’s right and the Norwegian Equality and Anti-discrimination Ombud (LDO) gathered Norwegian and Spanish institutions in Madrid for a seminar on domestic violence. Learning between the partners is mutual. The bilateral seminar led Sør-Odal municipality to carry out a pilot project that implements Spanish best practices to prevent gender-based violence in Norway. The municipality has received funding from the Norwegian Ministry of Justice to implement the project, and the plan is to initiate similar practices in all Norwegian municipalities.

In the ‘OPENN’ project in Slovenia, the Slovenian Peace Institute and the Norwegian Association for Local and Regional Authorities (KS) are cooperating to identify obstacles that hinder female participation in politics. So far, a study tour to Norway with involvement from several Norwegian institutions and political parties, as well as three seminars in Slovenia have been organised. From the partnership exchange with KS, and the introduction to Norwegian practices, a support network comprising female local politicians in Slovenia has been formed.

An important priority within the programmes has been to support efforts aiming to improve a fair balance between work, private and family life. A total of five policies, particularly employment policies, aimed at promoting work-life balance have been implemented. Eight new childcare facilities have been established so that more women can enter the labour market.

For example, in Spain, the number of women from vulnerable groups participating in activities to improve their access to the labour market reached 3760 in 2015. In the Czech Republic, 40 unemployed Roma women have received help to integrate into society and increase their chances of securing a job. Through the project ‘Competence in a nutshell’, they have received counselling and participated in activities focused on raising competence, knowledge and practical skills. To date, a total of 13 Roma women have found a job after having participated in the project. 62 childcare places have been made available for Roma children so that the Czech mothers can find a job and hold on to it.

Improved access to early education for Roma children will promote a more balanced labour participation of both men and women. It will also promote mutual understanding between Roma and non-Roma families. The project has received a grant of €56 561 through the Norway Grants.

Norway supports programmes and activities addressing gender based-violence in seven countries. Activities and initiatives supported by the programmes include support to services for victims, preventive measures, research and awareness raising and work with perpetrators of violence. Much of the focus, as well as much of the success of the programmes, has been on establishing appropriate access to shelters for domestic violence victims, as well as comprehensive psychological, social and legal support. 26 new shelters for victims of gender-based violence have been established - with another 10-20 facilities improving its capacity to provide accommodation for victims. Some 2000 professionals will receive training in supporting victims.

For example, in Slovakia, 14 existing counselling centres have received support, and 9 new counselling centres have been established. In Estonia, 13 shelters for victims of domestic violence have been established. The Estonian government has recognised the importance of these shelters, and ensured long-term funding for their continued operation. Thanks to the Norway Grants, seven professional lawyers and 11 therapists have been hired across the country so that the shelters no longer have to rely on volunteers alone.

“I have lived two months at this secret location and it is good and peaceful here. Through the therapy and legal help, I am working with myself and getting my life back,” said Mari (not her real name), an Estonian victim of domestic violence when we met her in June 2014.

The approach is interactive, and shelter staff, lawyers and therapists work together with the victims to find a path forward that is adapted to their specific situation. Read more

In Cyprus, the first purpose-built centre for victims of domestic violence is in the process of being established. When the centre is ready, it will have doubled its capacity, as well as being capable of providing services 24/7. Thanks to a grant of €742 197, Spavo House will, once opened, offer comprehensive services such as programmes and counselling to help victims regain confidence and stability, (re)enter the labour market and re-integrate in society. The Norwegian Secretariat of the Shelter Movement is participating in the project as a partner, and is advising and sharing experience with the Cypriot project manager in establishing and running the shelter.

Efforts to reduce domestic violence in the Czech Republic have traditionally focussed on dealing with the effect of the abuse and supporting victims. Working directly with the perpetrators, which is standard in Norway, has not been widespread in the Czech Republic. With support from the Norway Grants, the Czech NGO ‘League of Open Men’ (LOM) and the Norwegian NGO ‘Reform’ have joined forces, and developed anger management therapy as a method of working directly with perpetrators.

The results are impressive. 13 experts have received training in the new anger management methodology. 85 people have taken part in the workshop and seminar. 12 people took part in the group therapy, while 22 violent abusers received counselling from LOM. Read more

*The numbers in this article are newly reported results by the programme operators in the beneficiary states.