With 10 to 12 million people, the Roma are Europe’s largest minority and are overrepresented among those affected by poverty and social exclusion. On International Roma Day, we take a look at why supporting the most vulnerable populations in Europe is important. 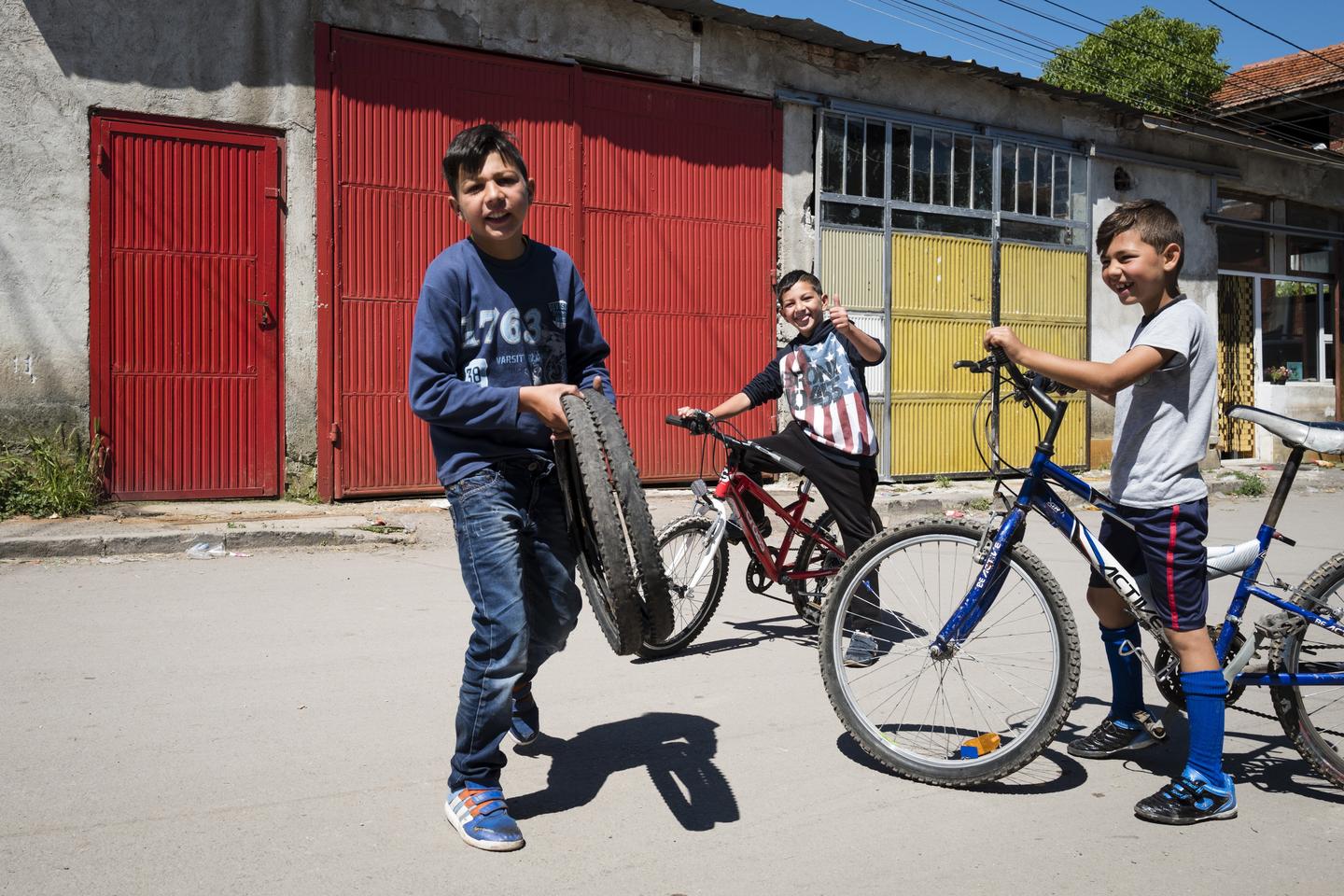 Since its outbreak at the end of 2019, the COVID-19 has been a challenge for all countries around the globe. The virus doesn’t discriminate and can hit anyone, but it is important to acknowledge its specific impact on the most vulnerable populations. The hygiene and social distancing guidelines that have been given worldwide to prevent spreading are almost impossible to follow in communities that live in overcrowded and insalubrious dwellings. Access to healthcare is also still a problem for Roma in many European countries. According to a survey by the European Union Agency for Fundamental Rights (FRA), only 45% of Roma in Bulgaria and 54% of Roma in Romania are covered either by the national basic health insurance scheme or additional insurance. The sanitary and socio-economic crisis that will stem from this virus will hit even more harshly underprivileged communities.

Despite progress with Roma integration policies at different levels, Roma continue to face multiple and interrelated disadvantages. 80% Roma live at risk of poverty. Only one in four Roma is in employment and on average 68% of Roma leave education and training early. Through our programmes, the EEA and Norway Grants support initiatives ranging from health to civil society to improve the situation of European Roma communities. Here is how.

In Romania, moving from a rubbish dump to the city

Alex Fechete lived in Pata Rât, a big dump in Cluj’s suburb, Romania, with another 1 500 people after his family and other Roma households in his neighbourhood were evicted from the city in 2010. “It was hell on earth”, he says. Over 300 families, 80% of which were Roma, lived concentrated near a rubbish tip, with little access to water and electricity. In 2014 he was part of the Pata-Cluj project funded through the Norway Grants. This project aims at reducing the residential, social and economic disparities between the Pata Rât community and the majority population of Cluj-Napoca. “Housing is the base of everything”, Alex says. Access to housing is indeed a fundamental human right, but in Europe, one in three Roma lives in housing without tap water and one in ten in housing without electricity.

The Pata-Cluj project provided social housing to 35 families, as well as child protection services and vocational counselling, among others. The project transformed the traditional institutional top-down process of allocating social housing, into a process in which the needs and perspectives of the community are embedded into the system. And it was a success! In 2017, Alex and other 34 families moved out of Pata Rât. “This project changed everything for me. In 2010, when I was evicted from the city, my humanity and my soul were taken from me. But as I got back in the city, everything came back to me”, says Alex. He recalls the locals protesting against their new Roma neighbours at first, “but with time, they saw that we were not different from them and they have accepted us now”.

The community at the heart of the process

A study from 2017 showed that focusing the efforts at the local or community level where Roma live proved to be effective as communities are more empowered when they have a say in the projects, and institutions are more inclusive when the projects are developed and implemented in real partnerships with community representatives. The integrated approach in assisting the families allowed to answer adequately to the different needs that can occur besides the housing need, before and after moving into the social apartments.

The Pata-Cluj project continues in the current funding period. Alex Fechete is still involved in Pata Rât as a community facilitator. He translates to the potential beneficiaries of the project what the project is about and communicates to the authorities the community’s needs. The project coordinators hope to be able to support 35 additional families to move out of Pata Rât.

Investing in the future Roma health professionals in Bulgaria

Information and access to healthcare and education is also essential to break the cycle of poverty and marginalisation. In Bulgaria, the EEA and Norway Grants are supporting young Roma students in their health studies. Through the Active Citizens Fund, an average of 45 students are selected every year to receive a financial aid of € 2 500, as well as mentoring and advocacy training. The programme was launched in 2019 and it is expected that 240 students will receive a scholarship over the next years.

Georgi Georgiev is one of these young Roma students. He was able to start his second year as a medicine student at the Professor Paraskev Stoyanov University in Varna, Bulgaria, after benefitting from the scholarship last year. "The scholarship covers my tuition fee, expenses for some books, and even part of my monthly apartment rent", he says.

In addition to the scholarship, the young Roma scholars receive mentorship through the Mentorship Support project. Students are given personal advice and professional guidance, to help them develop their career development and succeed in life. In the long term, these freshly trained healthcare professionals are expected to contribute to improving the medical services provided to the Roma communities, with the potential to become meaningful role models for Roma youth.

Curious to know more about what we do for Roma inclusion?

Improving the situation of Roma across Europe is a priority of the EEA and Norway Grants. In total, an indicative minimum of € 50 million is allocated to Roma inclusion through programmes in the sectors of health, local development, children and youth at risk, justice and home affairs, culture, research and civil society. Special focus is placed on countries with large Roma populations – Bulgaria, the Czech Republic, Greece, Romania and Slovakia.

More information on the Local development programme in Romania