With support from Norway, the Bulgarian furniture producer Valiyan has invested in new machinery contributing to increased production capacity, creation of jobs as well as reduction of energy consumption, waste and emissions. 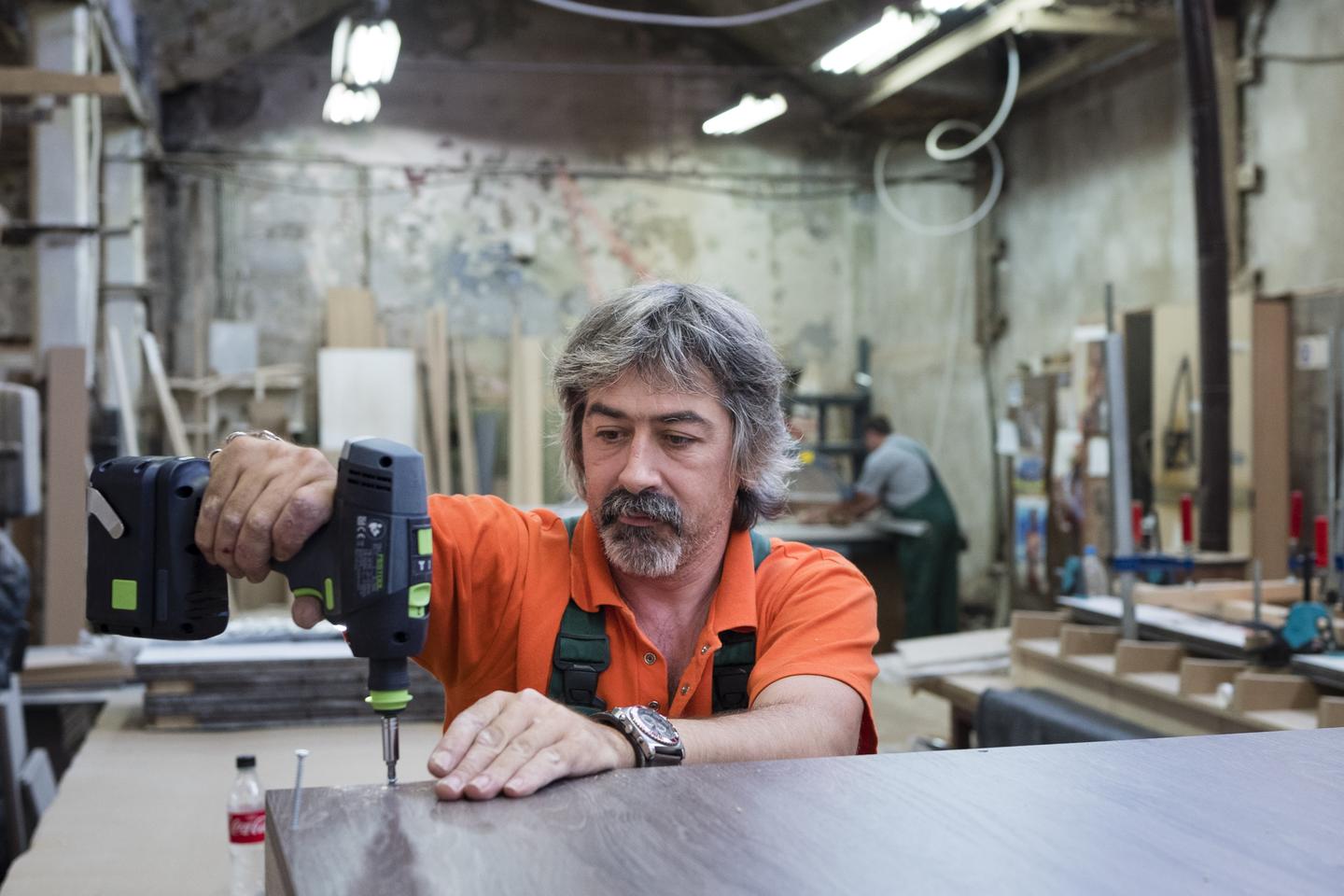 The increased production has also resulted in creation of new jobs in the company. 12 new work places can be directly attributed to the Norway Grants project. Photo: Christophe Vander Eecken

Valiyan Ltd is a Bulgarian company based in the capital Sofia designing and producing interior furniture, doing wood processing and carpentry services. The last years, 80 per cent of their production is sold on the European market. Their furniture are ranging from sofas to wardrobes and night tables and can be found in hotels, restaurants and private houses.

“To meet European standards and become more competitive, we decided to apply for funding from Norway Grants to modernise our production capacity,” explained Kiril Spasov who managed the project funded under the ‘Green industry innovation’ programme in Bulgaria.

Improving production capacity
Eight new machines were purchased to improve the automatisation of the production process in the furniture factory.

“This has resulted in improved production capacity. We have lowered the production costs, we save time and can now handle more orders,” said company owner Yankul Yankov. He points to the wall behind him in the management office that is filled with papers with numbers and descriptions. These are all the current orders they are working on.


“Earlier we did not have capacity to produce for more than one hotel at the same time. Now we are producing furniture for 1000 rooms in three hotels simultaneously thanks to the investment through this project,” Yankov explained.

The increased production has also resulted in creation of new jobs in the company. 12 new work places can be directly attributed to the Norway Grants project. The new equipment is also benefitting the rest of the factory employees – currently counting 150 people. The new machines are equipped with an aspiration system reducing the pollution in the factory and in this way creating better working conditions.

One part of the investment in new and modern equipment, was acquiring a machine that shreds the wood waste and make pellets that is used for heating.

“In 2014 and 2015 we produced about 6000 tons of waste, in 2016 this is reduced by almost 50 per cent,” explained Yankov. The reuse of the wood waste has also contributed to reduce the company’s energy consumption with about 30 percent. CO2 emissions have been reduced with 20-25 per cent thanks to the project.

“As a result of the new capacity, we have doubled or tripled the turnover,” said Yankov.

This project is one of 32 project supported under the €13.7 million ‘Green industry innovation’ programme in Bulgaria operated by Innovation Norway.