When librarians started opening the books confiscated by Nazis during the Second World War, they found hidden stories. 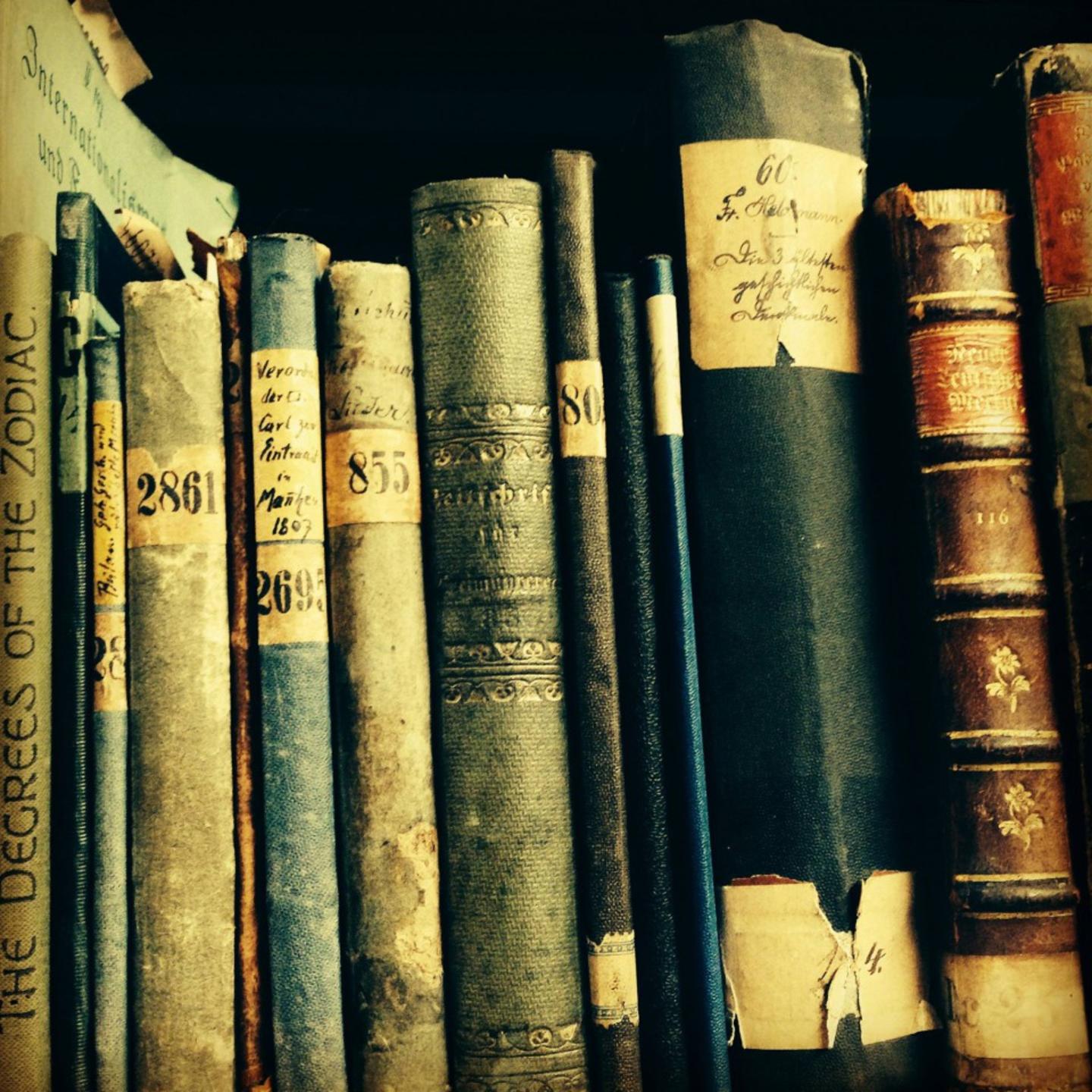 In the darkness of the cellar at the Czech National Library stands row after row of once banned books. Around 300 000 books are stored here, some of them contain both personal and historical secrets.

Across the desk of Tomas Foltyn, Director of the Collection Management Division at the Czech National Library, lie 15 books with 15 different stories. They were found in attics, castles and cellars all around the country.

The books were confiscated during the Second World War, taken to Berlin where the Nazis studied them as part of a project to better understand the “enemy’s” ideology, saved from allied bombing, and brought to the country then called Czechoslovakia.

“Their journey began during the Second World War when the Nazis stole and confiscated paintings, films, statues and books from all over Europe. Some books were burned, while others were stored in different places in Germany. When Berlin was bombed, the Nazis decided to move the books to other places,” Tomas says.

Millions of books ended up in today’s Czech Republic. Some of these books are now restored, catalogued, and digitised, as part of the culture project 'Books discovered once again'. The project is run by the Czech National Library and supported through the EEA and Norway Grants.

“Until this project, there was a gap in the historical and literary documentation of the history of the Czech Republic from 1930-1950. Now we’ve blown the dust off thousands of books. How did the books come to be here? What did they represent in the past? What can we learn? Today, 16 000 books are available to researchers throughout the world in electronic catalogues,” says Tomas.

“We have revealed secrets”

As book after book was reviewed, many were found to be stamped with the previous owner’s name. The names have made it possible to map the journey of some of the books during the war.

“Look here!” the Director of the Collections Management Division carefully reveals the inside cover of the book to show us an elegant stamps and a glossy bookplate.

The book collection was important for the Nazis, who studied the confiscated literature during the years of war in order to better understand their enemies. Many historians believe that the plan was to set up a museum with the confiscated material, after the war.

“Some books contain personal notes, so we can interpret what the book’s owner thought about the content. Many of the books testify to controversial historical events that took place in the Czech Republic. The project gives an insight into a highly controversial historical heritage: we have revealed secrets. Now we hope that this historical insight can prevent history from repeating itself,” says Tomas.

We move down to the library cellar. Behind heavy locked doors stand shelf after shelf of once banned books. Tomas lowers his voice. Down here, the respect for books is paramount.

“It’s usually dark here, and the temperature is controlled at 18 degrees to preserve the books as well as possible. The blue covers of the freemasonry books are easy to recognise. We still haven’t managed to find out why they are all blue,” says Tomas.

“Over the course of the project, the history of the books' have been presented through both interactive and physical exhibitions. We wanted to show the books stories to a wider public. Our aim was not just to open these books, but also to promote the project; to create understanding and make it interesting for everybody. We have presented a lot of the material through film clips,” says Tomas.

The aim of the project 'Books discovered once again', is to preserve cultural heritage and modern art by restoring and renovating the confiscated words. Through the project, the Czech National Library has collaborated with the Norwegian Stiftelsen Arkivet, The Archive Foundation, a centre for documentation and education.

"This project gives us valuable information about the books that were banned by the Nazis. We believe this knowledge could make it easier to understand the ideology behind their actions. Censorship and banned books are part of our history, and freedom of speech should not be taken for granted. Not even today", says Gro Kvanvig at Stiftelsen Arkivet.

“Stiftelsen Arkivet taught us how to promote research materials in an attractive way. Presentation skills are important for the future of professional librarianship. The books deserve an innovative presentation in order to engage younger generations,” says Tomas.

He carefully closes the heavy cellar door again. No photographs are allowed and security cameras keep an eye on us. Behind these doors, there are hundreds of thousands of cultural artefacts and historical documents. The digitalised versions of these books may be read in the light of day, but here in the darkness, the original copies are safely protected for the future.

Want to read about other exciting projects from the Czech Republic?

Four puppets have taken it upon themselves to prevent child accidents in the Czech Republic, as part of another country funded through EEA and Norway Grants.

See what happened when a renowned dance company in the Czech Republic co-produced a new dance performance with a Norwegian art centre. The title: ‘Sniper’s Lake’.