When puppets hit the road

It’s a hard job but four puppets have taken it upon themselves. Through 28 shows they hope to prevent child accidents in a country where the numbers are deeply worrying. 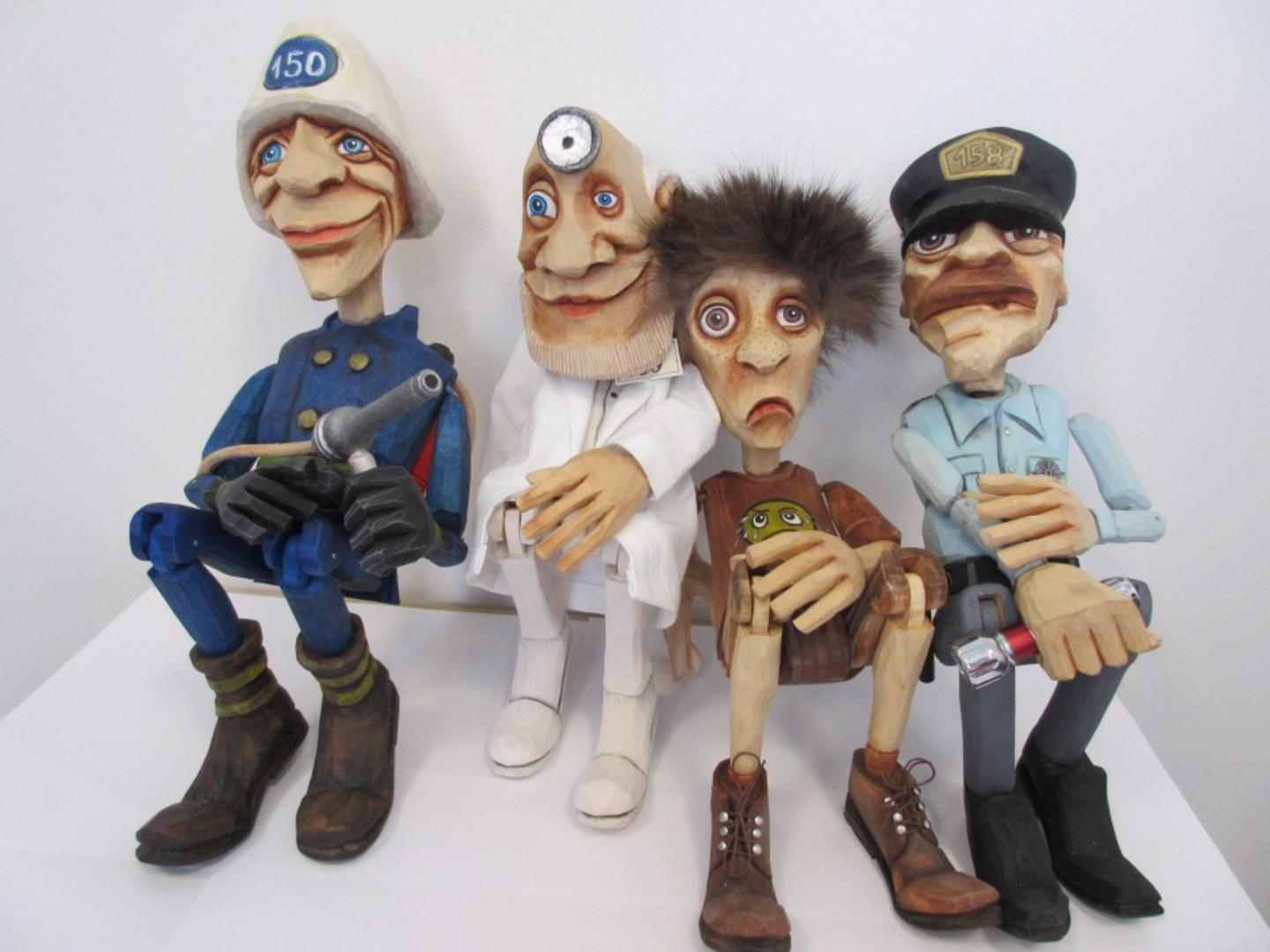 “No, don’t stick your head further out of the window!”

20 wide-eyed children are shouting. They want to step in to prevent the accident that’s about to play out. A little boy on thin strings moves clumsily over the pedestrian crossing without looking around him. He’s an accident-prone type who’s always having mishaps – in traffic, on his bike and at home.

A policeman, a fireman and a doctor come to the aid of the accident-prone puppet time after time. Rescue him from the situation or patch him up after the accidents. The Smolařínek puppet theatre brings to life stories about serious injuries to children that could have been prevented. The nursery school children in the Czech Republic will learn to take precautions.

In the Czech Republic as in the rest of Europe, accidents are the leading cause of death among children and adolescents. Every year, more than 450 000 Czech children and adolescents (0-25 years old) visit the emergency room at one of the hospitals as a result of accidents. Close to 3.000 children suffer permanent damage and 200 die of their injuries, according to a Czech research report.

“Compared with Sweden, the United Kingdom and Italy, statistics on Czech children who die of injuries are almost twice as high,” says Kristýna.

The Smolařínek puppet theatre is just one of three prevention activities undertaken by the Blue Hippo project, which has received funding from Iceland, Liechtenstein and Norway.

“The puppet theatre has been important for the pre-school children. The other activities have dealt with making nursery schools safe, training the nursery school employees and holding lectures for the parents. Parents have learnt resuscitation and simple accident prevention measures,” says Kristýna.

486 children and 123 parents have so far taken part. The aim: to reduce the incidence of child injuries.

Norway: “We have a lot to learn from the Czech Republic”

Injury and accident statistics among Norwegian children are low in relation to the Czech Republic. However, through close cooperation with the Norwegian project partner, the Norwegian Safety Forum (Skadeforebyggende forum) it has become clear that Norway still has a lot to learn from Czech communication methods.

“In Norway, we have more data about injuries, but we communicate the information in a fairly unimaginative way – often through illustrations. In the Czech Republic, they’re good at finding images that don’t show horrible injuries, but convey warmth and nearness that can be associated with what has happened. The Czechs are more creative. We are good at producing brochures, they produce puppet theatre – that’s inspired us,” says Eva, Manager of the Norwegian Safety Forum.

“Knowledge about prevention goes hand in hand with social development. In Norway, there are few injuries in relation to the rest of Europe, but it is only 50 years since children used to drown in open wells on farmyards all over Norway. Social development increases safety. So it’s natural to see more accidents in poorer countries such as the Czech Republic,” explains Eva.

Project leader Kristýna is pleased with the Norwegian collaboration.

“It’s been a fruitful collaboration and we’ve learned a lot about how to improve prevention. We want to continue sharing knowledge in the future too,” she says.

Read more about how small projects with funding from EEA and Norway Grants have big ripple effects in the Czech Republic.

Children must be allowed to be curious

Two, small unsteady feet totter carefully forward until the weight on one foot becomes too great. Falling over is the most frequent accident among children.

“Children have to get a few knocks. It’s important. It isn’t a problem to break a leg or an arm; our task is to prevent the serious accidents. Suddenly a child falls headfirst down the stairs, which could easily have been prevented with a stair gate,” says Eva

Head injuries and poisoning are considered the most serious accidents. In the Czech Republic, 36% of fatalities among children under 14 years of age are caused by poisoning. Washing-up liquid or cleaning fluids are often the culprits.

“Children are curious. It’s tempting for them to test out the exciting cleaning fluid that is conveniently at hand. These kinds of accidents are easily prevented by moving substances like this to a child-proofed place,” says Eva.

Even so, safety specialists in the Czech Republic and Norway stress that it isn’t good for parents to wrap their children in cotton wool.

“Our aim is not to raise a generation who can’t climb trees. Children need to learn which branches break and experience the consequences. This is an important part of developing motor skills and learning how to avoid accidents.” says Eva.

The “Blue Hippo” project is part of the ‘Public Health Initiatives’ programme in the Czech Republic, funded by Iceland, Liechtenstein and Norway, that aims to improve general popular health and reduce health differences.

Read about more exciting EEA and Norway-funded projects in the Czech Republic:

They are homeless and damaged after many years in a violent relationship. Read how a project with funding from EEA and Norway Grants used theatre therapy to help victims of violence.

Demoralisation and economic loss. Corruption affects all sections of society. Read how a project is combating corruption in public and private institutions in the Czech Republic.