How to change people's hearts: tackling hate speech in Lithuania

A word is not akin to a bird - you cannot catch it once out. This famous Lithuanian proverb teaches us to think before we speak. But hate speech goes further than that because a hateful word can cause irreparable harm to its recipients. To top that, hate speech is a criminal offence. 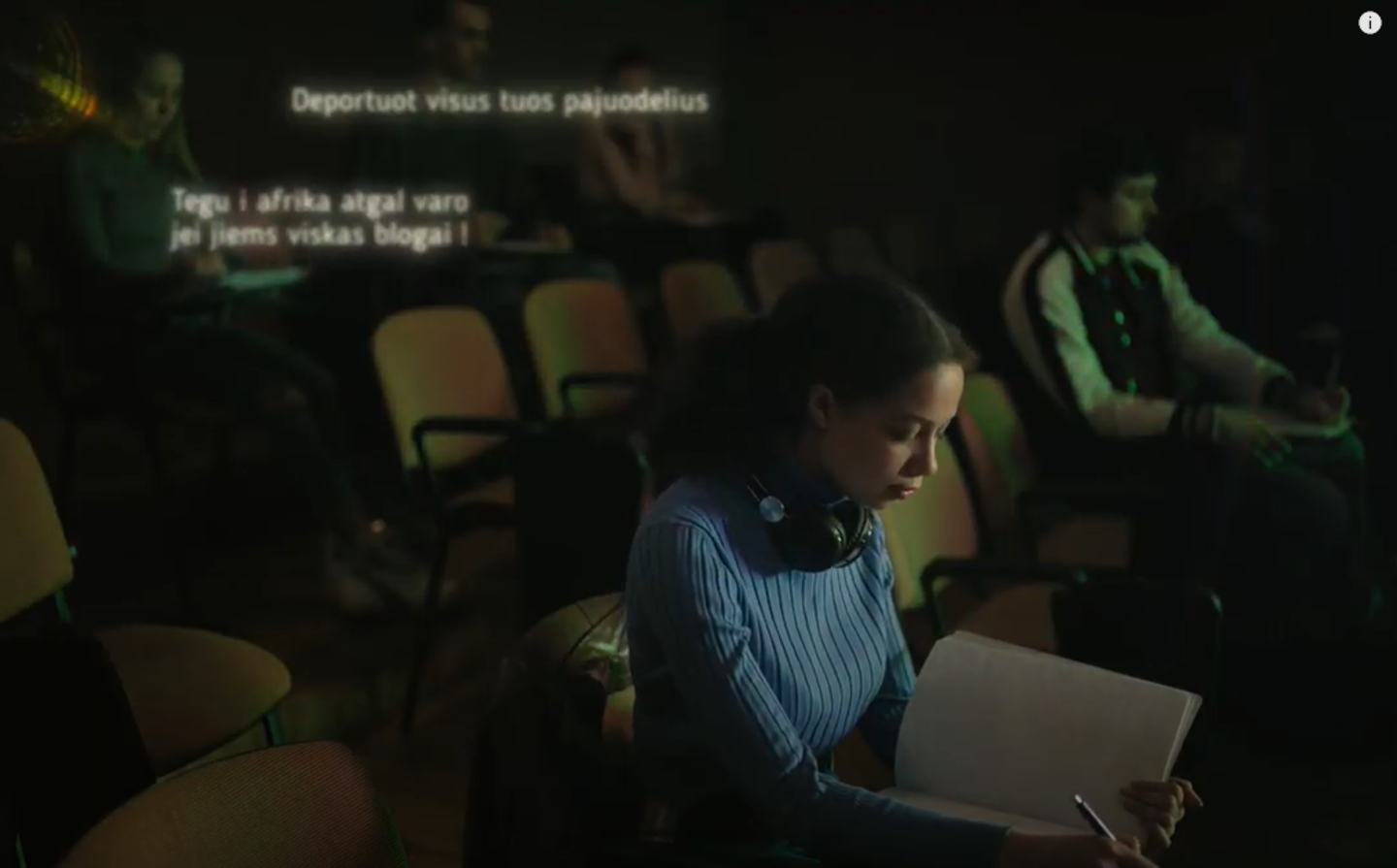 More often than not, hate speech crimes in Lithuania go undetected. According to a 2020 survey, 7 out of 10 people have experienced some form of expression of hate speech in their life. However, in 2018 only 21 incidents were reported to law enforcement. One bilateral initiative in Lithuania, implemented by the Office of the Equal Opportunities Ombudsperson, together with the Royal Norwegian Embassy in Vilnius, is tackling the issue.

Hate speech is already punishable in Lithuania. For example, offenders can spend up to three years in prison for inciting hate, discrimination or violence. Public expressions of hatred can cost up to a year in jail.

In September 2020, European Commission President Ursula von der Leyen announced an intention to extend the list of EU crimes to include hate crime and hate speech - whether because of race, religion, gender or sexuality. The Commission expects to adopt it before the end of 2021.

But changing hearts is not as simple as changing laws.

As part of the initiative, in November 2021, a delegation of government and civil society representatives travelled to Norway to understand how their partners address hate speech. The Lithuanian delegation visited the Equality and Anti-Discrimination Ombud, Institute for Social Research, and two NGOs: Hatprat – campaign against hate speech and FRI – the Association for Gender and Sexuality Diversity.

Lithuanians also met with Oslo Police District’s Hate Crime Unit, established in 2014. Monika Antonaityte, Head of Projects at the National LGBT Rights Organisations and one of the delegation members, was impressed by more than the existence of such a unit. She also praised the institutional approach to changing the understanding of the dangers caused by hate speech. ‘In addition,’ says Monika, ‘it’s also impressive to see inclusion and diversity within the system itself.’

In addition to the study visit and a nationwide awareness campaign nepyk,a?[lt],  the Office of the Equal Opportunities Ombudsperson co-hosted the National Forum on Human Rights on 10 December 2021. The event focused on the current situation and what could be done to make Lithuania a good place to live for people of all nationalities.

#HATEFREE initiative is implemented alongside a project #NoPlace4Hate, partially funded by the European Union. A recent study, part of a project 'Human to Human', funded by the Active Citizens Fund, interviewed ten LGBTIQ+ couples about experiencing inequality and what they need to feel equal in the Lithuanian society. The media widely covered the study. And these are just a couple of projects and initiatives that are trying to change prevalent stereotypes in the community.  It shows that work still needs to be done, but the will is there.

The EEA and Norway Grants strongly believe that structural and strategic collaboration is crucial to reducing social and economic disparities. That’s why strengthening cooperation and building partnerships between the Beneficiary and Donor States is one of our main goals.