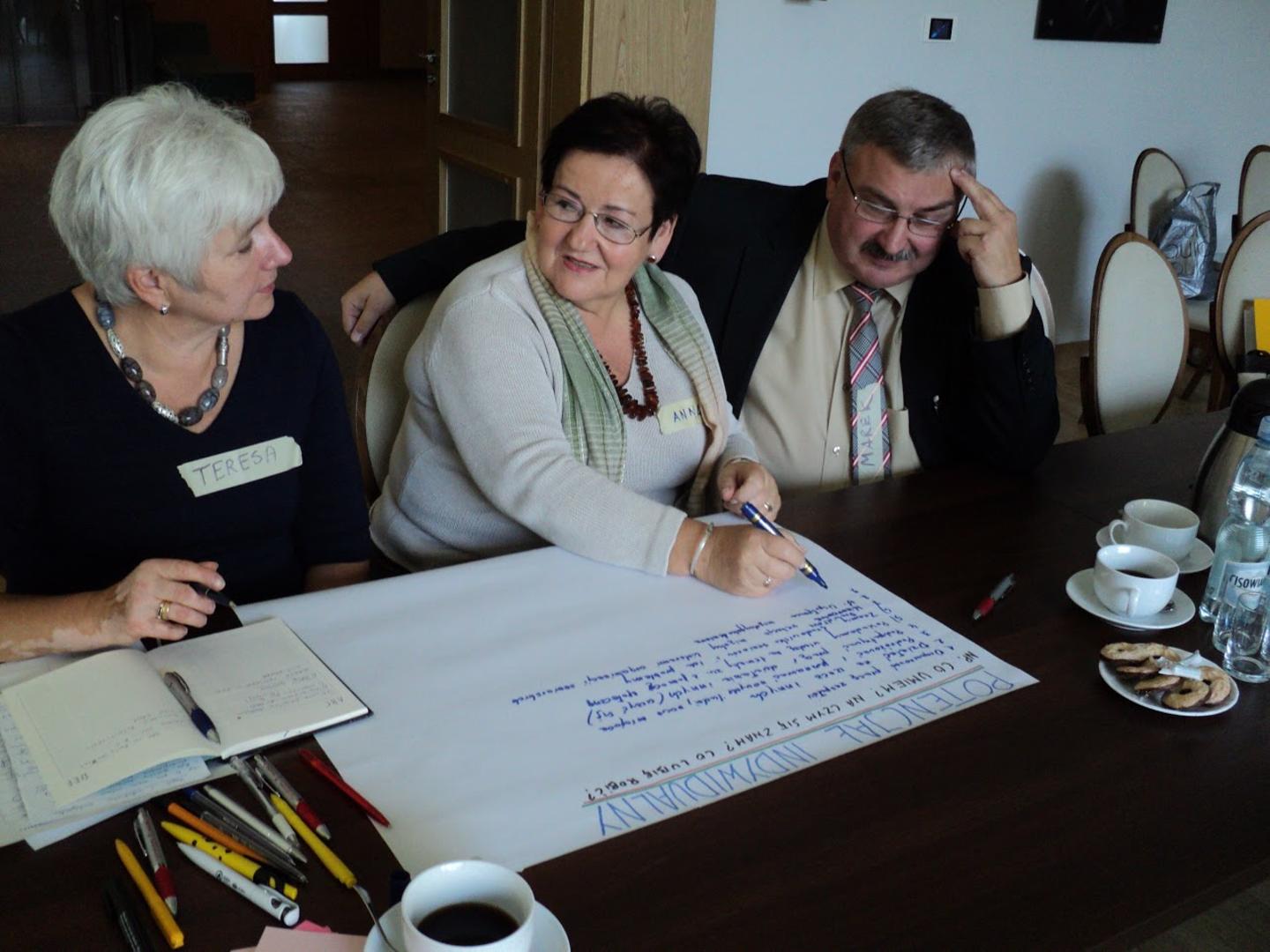 Poland is ranked at the bottom among the EU countries on the Active Ageing Index (AAI) from 2012, scoring particularly low on social participation. Poland is also scoring low on the Global Age Watch Index from 2014. Surveys have showed that a large majority of Polish senior citizens believe they have little influence over what is happening in their local communities.

“The idea of local self-government is not something senior citizens in Poland grew up with. Therefore they find it hard to partner with local governments, and we are giving them tools for participation,” explains Tokarz-Kamińska.

An ageing society creates the need for new services related to family life, the labour market and transport. Senior Councils with an advisory role are identified as one of the ways of including senior citizens more closely in the local decision-making process and give them a sense of influence on local issues. The Councils were previously the responsibility of local politicians, but as of November 2013, in the wake of the ‘European Year for Active Ageing and Solidarity between Generations’ in 2012, these Councils are financially secured. Tokarz-Kamińska believes this can have a positive impact:

“Senior citizens are numerous and a growing demographic group in Poland. They have a lot of time on their hands and want quick results as they feel they cannot wait too long for changes to happen.”

The Association of Creative Initiatives “ę” receives support from the NGO fund in Poland to support existing councils and to create new ones. After a thorough selection process, the Association of Creative Initiatives selected three municipalities - Lublin, Prudnik and Elbląg - where the Senior Citizen Council and the local council have entered into active partnerships.

“Our role is to take part in the consultations between the Senior Councils and the local authorities. At the same time, we encourage the local authorities to consult with the Councils on projects that matter for them – like easier senior citizen access to parks, buildings and other public spaces,” explains Tokarz-Kamińska.

Between 7 and 23 seniors are involved in the Senior Citizens Councils. Building relationships between the local government and the Senior Council demands a keen eye for details. Tokarz-Kamińska explains how even small adjustments can make a big difference:

“We organise workshops where we encourage more teamwork and different approaches to participation. By just changing the meeting place from a very rigid seated hall where people have to press a button to speak into a microphone to a more informal and spontaneous structure, we can get participants to have fruitful discussions instead of just stating their own point of view without listening to each other.”

The project includes a research study of Senior Citizen Councils from different parts of Poland. In addition two guidelines will be developed: One for civil servants and town planners on how to design senior-friendly towns and one for senior citizens on how to actively get more involved in their local community.

The project receives €87 903 from Iceland, Liechtenstein and Norway through the NGO fund in Poland. The project started February 2014 and is scheduled to end June 2015. It is implemented in partnership with the "On Site" Foundation and The Unit for Social Innovation and Research "Shipyard".

Read more about the NGO fund in Poland here