Together against hate speech

With support from the Bulgarian NGO programme, several young Bulgarian bloggers came together in Sofia recently to discuss and challenge online hate speech. 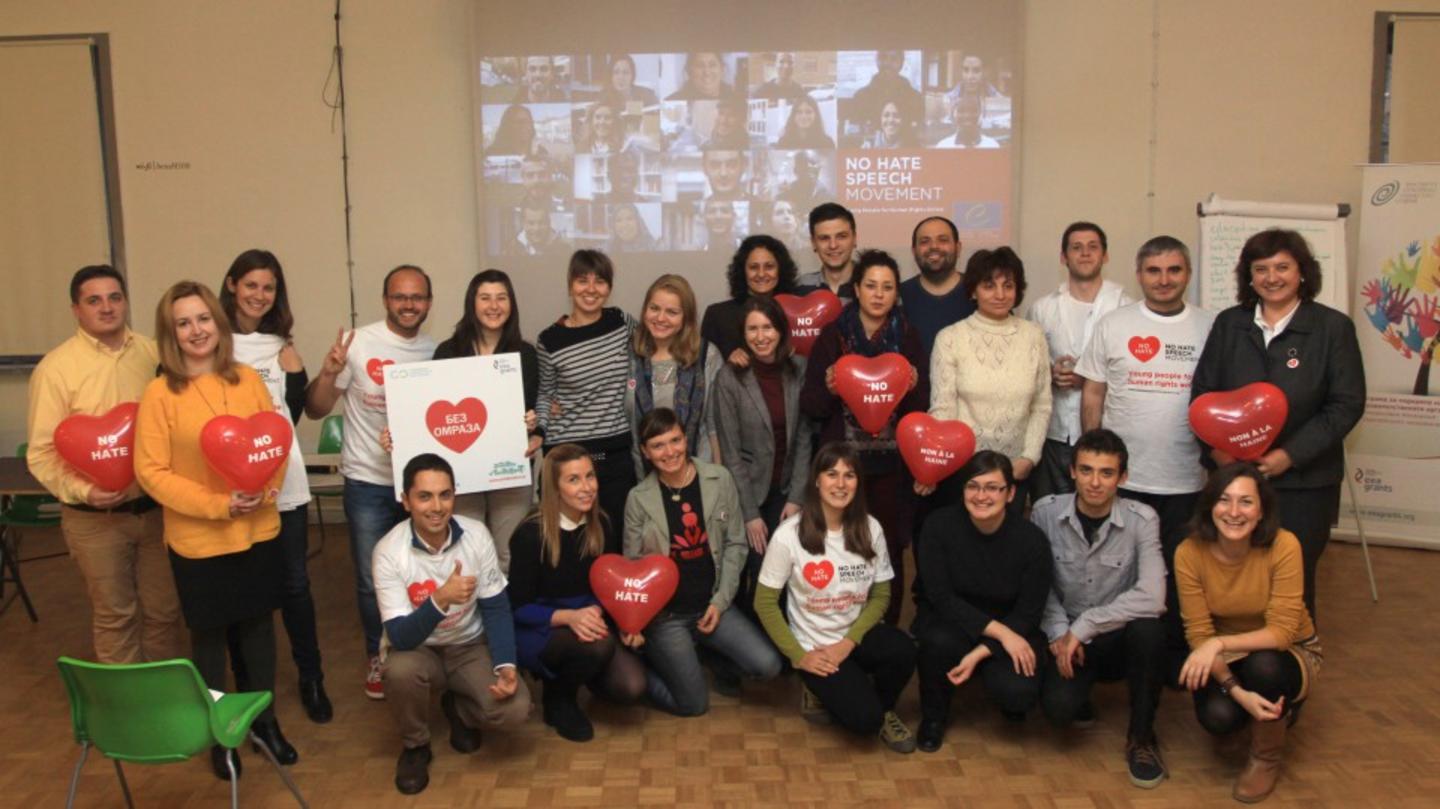 “Hate speech can easily escalate and trigger violent behaviour, especially towards minorities such as Roma, refugees and LGBT people. For instance, several years ago a young medical student was killed just because a group of neo-Nazis assumed he was gay,” says Desislava Pateva who – together with over 20 other young Bulgarian bloggers – participated in a recent training course on the issue.

Hate speech is a widespread issue in Bulgaria. According to a recent study conducted by the Open Society Institute – Sofia, one in two Bulgarians has reported having heard statements expressing disapproval, hate or aggression towards minority groups. There Pateva is no exception: “I have experienced hate speech online many times,” she explains. “I work as a journalist for a national newspaper, which has an online platform. I often find offensive comments under some of my articles. [..] I have also experienced sexual harassment a lot online – and offline as well.”

The course was organised under the Bulgarian NGO programme in cooperation with the Council of Europe under the ‘No Hate Speech’ movement – a Europe-wide campaign dedicated to engaging young people in countering hate speech and promoting human rights online. Together, the bloggers came up with several suggestions on how to support the movement’s fight against online hate speech, such as starting a blogging challenge on the issue, and increasing cooperation with the Bulgarian Ministry of Youth and Sport.

“I think that the most important part of the training was sharing experience with others and finding solutions for specific issues, such as integrating refugees or people with disabilities and making them feel accepted by society,” says Pateva.

Having completed the training, the bloggers are energised and equipped with new tools and approaches for countering discrimination online.

“I feel like I have better understanding about hate speech and how to react towards it,” explains Ilia Temelkov, who likewise participated in the training. “That has proved helpful in lots of online conversations – both on social media and in the comment section of mine and other people's articles.”

Pateva too has been enriched by the training: “After the training I definitely started talking and writing more about this problem and other issues related to human rights and different form of discrimination. I've been interested in those issues for years, but now I articulate them more often.”