Putting the power in empowerment: the story of ‘She in…’

'Empowerment is the process that creates power in individuals over their own lives, society, and in their communities. Women become empowered when they have access to opportunities without any limitation, such as in education, profession and in their way of life.' 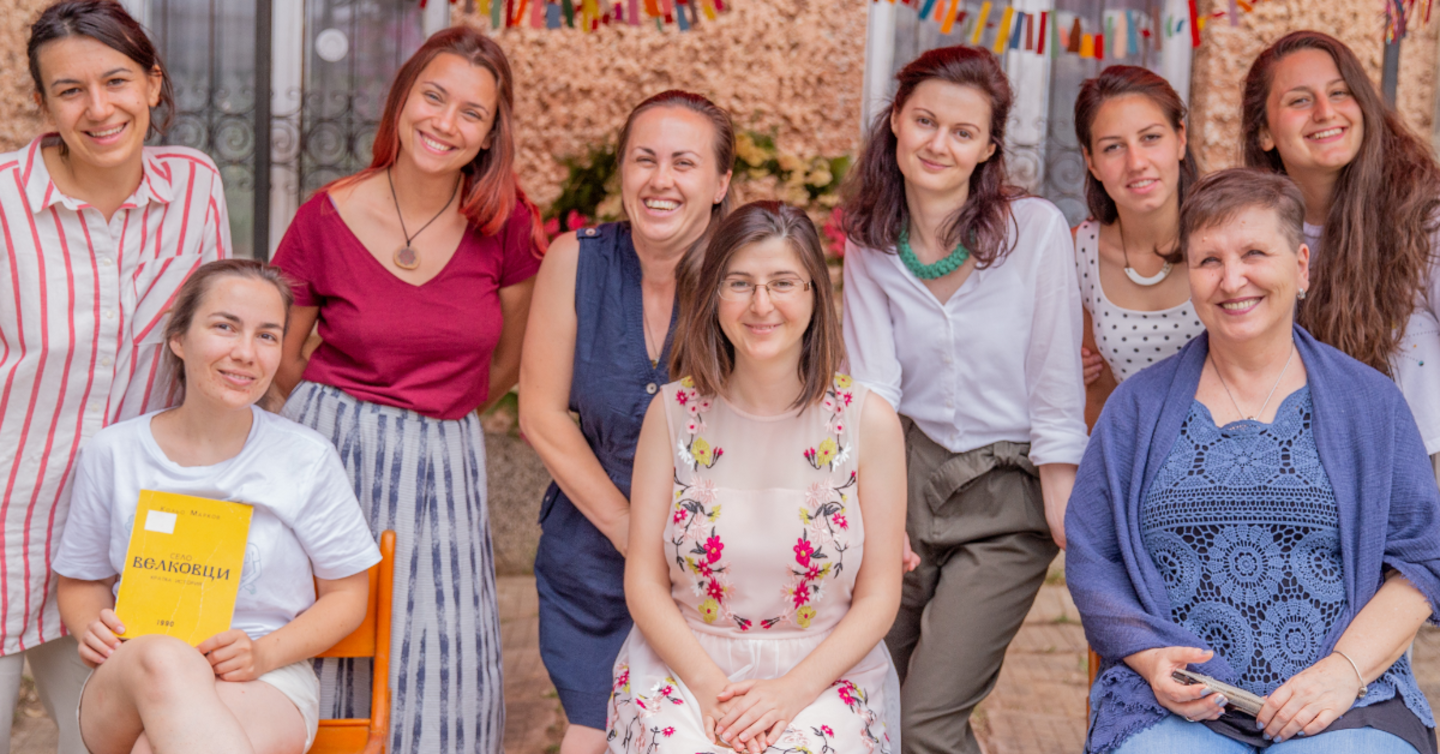 This definition makes it seem quite self-evident, but the truth is that for many women across Europe this is by no means reality. While gender equality is one of the European Union’s core values, we score a mere 67.9/100 points on the Gender Equality Index from the European Institute for Gender Equality (EIGE). And with an average improvement of just half a point a year, it will take at least another 60 years to reach complete equality.

But there is good news as well - across Europe millions of activists and tons of initiatives focus on increasing gender equality by empowering women.

Giving the floor to two women every month to share their stories, successes and challenges: on International Women's Day, we look at how this simple format is kickstarting an empowerment movement for women in Bulgaria.

Creating a platform for women in Bulgaria

'She in ...' in Bulgaria - a project run entirely by volunteers - provides women with a platform to tell their stories, celebrate successes and inspire others to do the same. The start of the project in 2018 was the beginning of a movement that has already changed many lives throughout the country. But how does it work? To find out, we asked project initiator Marina Kisyova de Geus.

‘She in…' is a monthly event that gives girls and women with different stories and in different professional fields the opportunity to share their experiences, the obstacles they have encountered, and the successes they have achieved. It is a safe place, where girls and women find inspiration and a friendly and supportive environment in following their aspirations.

Because who can better support women than women themselves. Is this the general idea behind the project?

It is our mission to empower women’s full and effective participation at all levels of decision-making in political, economic and public life. It’s extremely important to address the issue of women’s rights without limiting the topic to violence against women. We need to work toward empowerment, help women express their opinion, reach their goals and be confident enough to address the issues in their local communities.

These meetings unite women from all four major ethnic groups in Bulgaria and are aimed to reach the hard-to-reach. And with success: it has led to several local frontrunners who are a striking example and a source of inspiration for their entire communities.

The project was funded in 2018 and has quickly gained a foothold. It seems like there is a certain urgency to reach more and women. Why is that?

We believe that women leadership guided by love and empathy is needed now more than ever. So far, Bulgaria has no other organised communities consciously working on gender equality and women’s rights, which means that problems often remain invisible. When we started our project, Eurostat data showed that 82% of the people in Bulgaria thought that the right role for women is that of a housewife - that is a shockingly high percentage. At the same time, we’re facing a growing anti-gender movement, not only in Bulgaria but throughout Europe. This has made the issue even more urgent: we must ensure that we stand strong together and can provide an answer - now more than ever.

This has made the issue even more urgent: we must ensure that we stand strong together and can provide an answer - now more than ever.

The project approaches gender equality, emancipation and empowerment from a broad perspective. Are there any specific problems they address?

Our communist history has pushed emancipation in Bulgaria, but only in the labour market. Women have more or less the same opportunities as men, and often occupy high positions. But what the country lags in is emancipation in the private sphere, where women - no matter how busy or important their professional jobs - also occupy the more traditional role of housewife. This dynamic is still present throughout Bulgaria and it is something we are addressing.

The events follow a simple format that has proven to be extremely popular - and easy to copy. The project is creating local communities of respect and support wherever they are.

Our monthly events are all community-organised, thanks to our dedicated local volunteer teams. They organise the events themselves, in collaboration with a local venue and the local media, that often print an interview with the speakers before the event. The format is indeed quite simple: each evening hosts two women who share their story. The speakers are nominated by local people and selected by the organisation. We have some guidelines for that because building a platform and outreach, comes the responsibility of choosing whom to give the floor and which messages to broadcast.

Most of the speakers are balancing many things in life: family, work, education, volunteer work. The evening is a moment to show respect, celebrate and be inspired. It is often very emotional, with a great community feeling.

The project started in Plovdiv, but has already expanded to Varna, Gabrovo, Veliko Tarnovo, Sandanski, Stara Zagora, Pleven, Lovech, Vidin, Vratza and Montana. Most of these places are remote and low-populated. Why are these activities specifically important in these areas?

We work mostly outside of the capital Sofia, where there is a huge gap in terms of development and social situation. We’ve seen this in our work with women in remote areas in North-West Bulgaria where women often have a more traditional role. Depopulation is a grave issue, with young people moving away to the cities. This leaves the people who continue to live there can feel that they are left behind and don’t matter.

The events are a way for citizens to show some activity: there ARE initiatives, there ARE people making things happen. And if they can do it, other people can as well. It’s also the perfect location for intergenerational communication, which is very useful because it clearly shows that so many women are experiencing the same things. 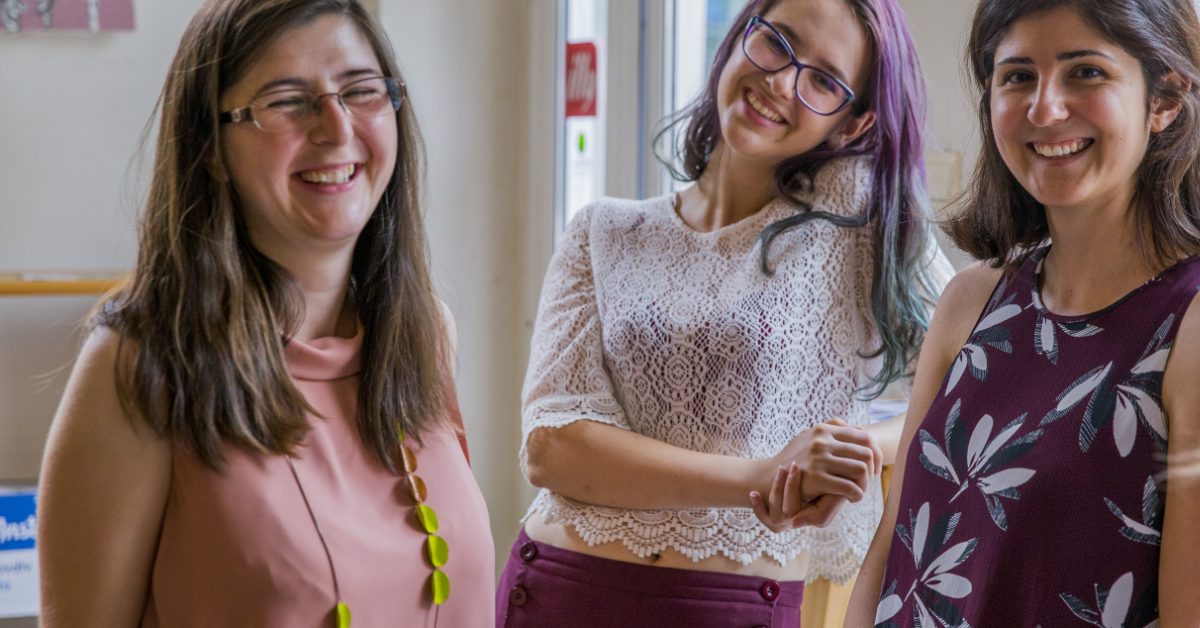 This community feeling has a long-term effect in the area. In what way do you notice that impact?

So far, we have created 11 local teams with nearly 40 volunteers, and the movement is snowballing. People are reaching out to us to be involved. We’re organising a 1-day training for new volunteers and developed a toolkit, with templates, formats and example press releases.

This is where we see the greatest impact: most of these women have never organised such events before and they are learning new skills and gaining new experiences. It is a moment of empowerment, where their social status changes: they are the ones giving the floor to someone, they are the ones who are doing something important for their cities.

This is where we see the greatest impact: most of these women have never organised such events before and they are learning new skills and gaining new experiences. It is a moment of empowerment, where their social status changes:

In total, we’ve organised 71 events and given the floor to more than 140 women. Many new local initiatives have been born on nights like these. For instance, one of our speakers spoke about her plans for a social enterprise for people with disabilities. She managed to gain so much support from the community that she is now in business.

But the greatest reward is that we’re really building a support network, a place to start something positive and to meet smart people who can inspire you. Sometimes people ask me ‘where do you find so many interesting women?’ and the answer is that they are not hard to find at all - they are everywhere.

Learn more about our projects

‘She in…’ is one of the three programmes of the Academy Ekaterina Karavelova, a grassroots organisation that believes that women play an important and positive role when it comes to peace and security.

The project received funding from the Active Citizens Fund from EEA and Norway Grants. This Fund aims to reduce economic and social disparities and to strengthen bilateral relations between beneficiary countries and donor countries. The program will run until 2024.