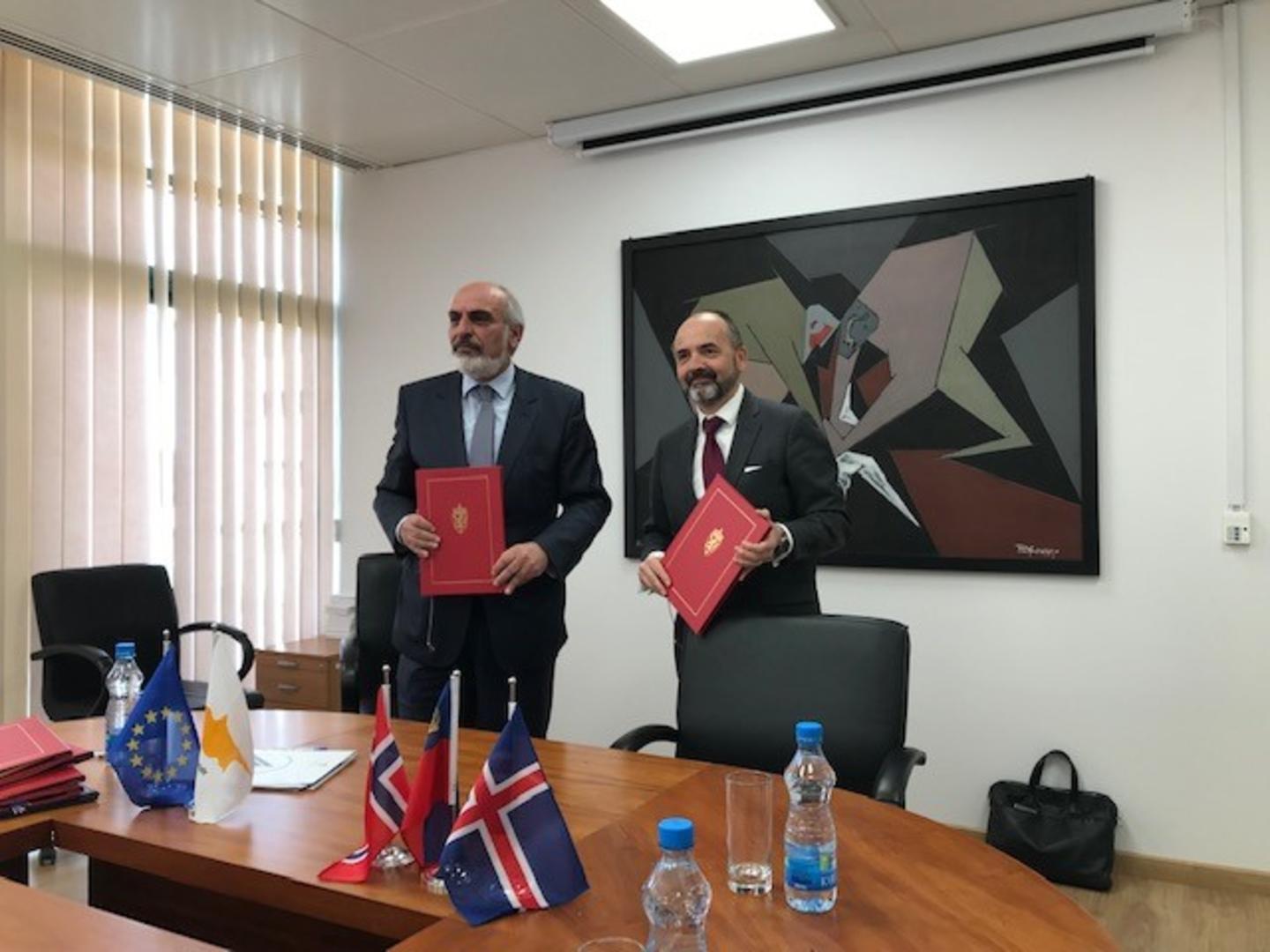 The Agreements were signed in Nicosia this week by the Director General of the Department for European Affairs at the Norwegian Ministry of Foreign Affairs, Niels Engelschiøn and the Acting Permanent Secretary of the Directorate General for European Programmes, Coordination and Development, Mr. Christos Patsalides. The signing took place in the presence of the Norwegian Ambassador to Greece and Cyprus, Jørn Gjelstad. Sabine Monauni, Ambassador of Liechtenstein to the EU, and Gunnar Pálsson, Ambassador of Iceland to the EU, previously signed the agreements in Brussels on behalf of their countries.

Under the agreements (MoUs), the three donor countries have allocated €11,5 million to Cyprus for the period 2014-2021.

Based on learnings from the previous funding period, and given the size of the allocation, it was agreed that the funding will be implemented through a multi-sectoral approach which will foster social and economic cohesion, strengthen social dialogue and promote decent work. The funding will support a set of pre-defined projects in the areas of research, public health, social inclusion, environment and climate change. In addition to the Local Development and Poverty Reduction and Social Dialogue - Decent Work programmes, one programme will provide support to Civil Society, and ensure the continued operation of two flagship bi-communal projects - the Home for Cooperation and the Centre for Visual Art and Research.

‘I am pleased that we are continuing to provide support for initiatives that bring Greek and Turkish Cypriots together, in particular the Home for Cooperation, which is a unique meeting place for people from the north and south of the island,’ said the Norwegian Minister of Foreign Affairs, Ine Eriksen Søreide.

Contribution to social and economic cohesion

The objectives of all the programmes are to contribute to social and economic development in Cyprus and strengthen the cooperation between Cyprus and Iceland, Liechtenstein and Norway.

"Iceland proudly supports social and economic cohesion and civil society, which is the necessary basis for growth and prosperity. In addition, through the bi-communal projects, we will support cooperation between people from both communities. This is the key for prosperous long-term relations." said the Icelandic Minister for Foreign Affairs, Guðlaugur Þór Þórðarson.

“Each Government needs a vibrant civil society as a counterpart. Therefore, I am particularly pleased that by signing the MoU with Cyprus we actively support projects promoting NGOs. The EEA Grants play an important role in reducing economic and social disparities within Europe. We hope that with concrete projects we will enhance our mutual understanding,” said the Minister of Foreign Affairs of Liechtenstein, Aurelia Frick.

Under the EEA Agreement, Iceland, Liechtenstein and Norway are part of the European internal market. The EEA Agreement sets out the common goal of working together to reduce social and economic disparities in Europe and strengthen cooperation between European countries. Iceland, Liechtenstein and Norway contribute to this through the EEA and Norway Grants. For the period 2014-2021, a total contribution of €2.8 billion has been agreed (€1.5 billion EEA Grants and €1.3 billion Norway Grants). Cyprus will receive € 11.5 million (€6,4 million EEA Grants and €5,1 million Norway Grants) of this total.

In the coming months the programmes will continue their implementation process. Open calls for proposals will be announced at a later stage. Follow the updates here: https://eeagrants.org/countries/cyprus.