“If a storm hits us, we need to have a plan”

This is a story about how a storm upended a society, ultimately forcing Estonians to take action and protect themselves. 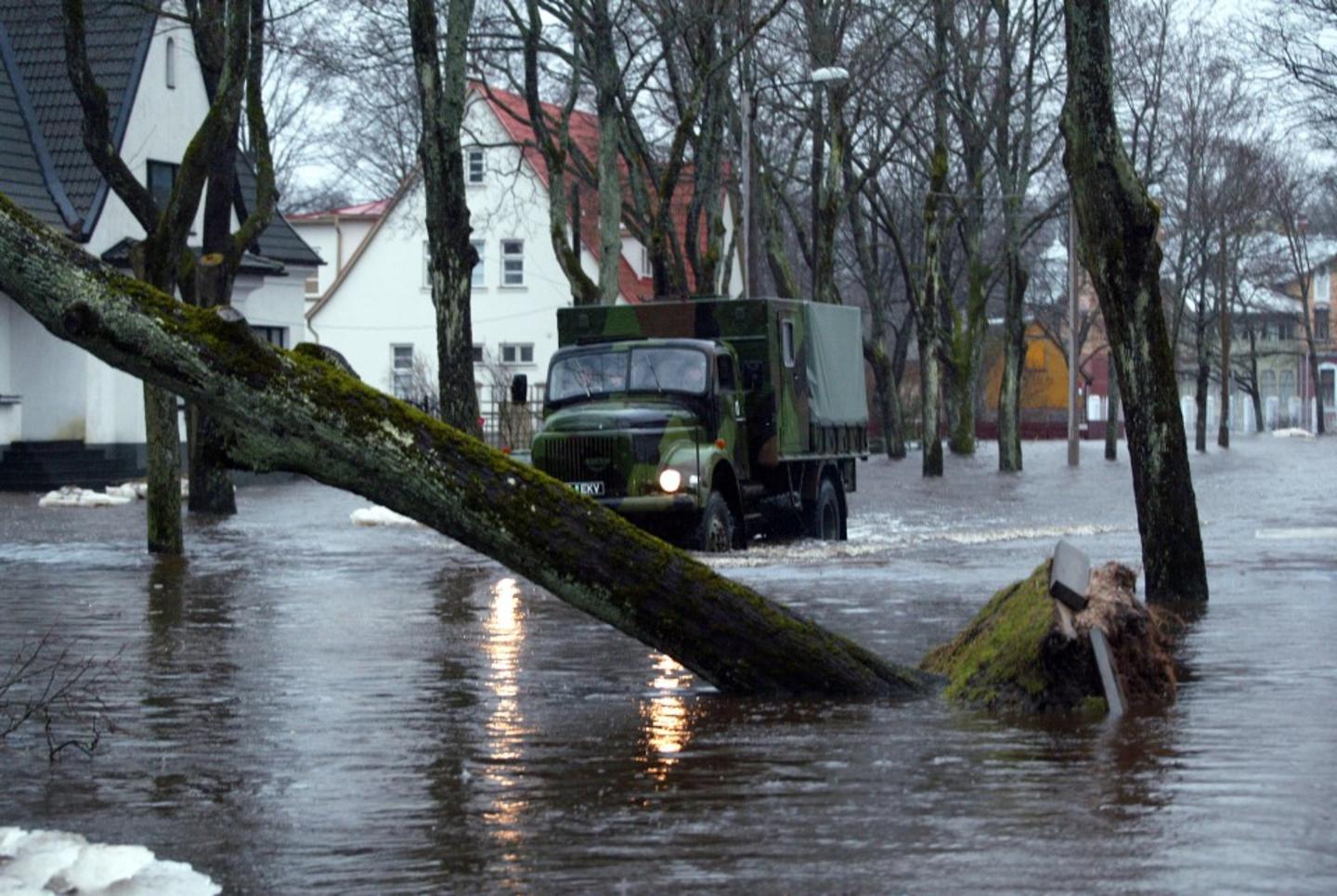 “If a storm hits us, we need to have a plan. The emergency in 2005 was a real wake-up call for us,” says project manager Timo Uustal.

It's 9 January, 2005. For three days, a storm has caused massive damage across western Estonia with wind speeds reaching 30 meters per second. Around 300 people are evacuated, 775 houses are damaged and eleven people diagnosed with hypothermia. On the west coast one woman drowns. In the Pärnu city area, 8 km² is flooded.

“The whole country was in shock; we weren’t prepared for weather like this,” says Timo.

After the storm, Estonia understood they had to prepare better for handling extreme weather. With money from Iceland, Lichtenstein and Norway, they established an adaptation strategy containing an action plan focused on preparing and responding to climate change.

“We are the first country in the EU to fully implement the guidelines from the European Council, with an action plan in a range of different sectors, says Timo.

Read about how you need to: Act locally while thinking globally to reduce climate change.

From the Ministry of Environment in Tallinn, project manager Timo reached out to 200 scientists from various sectors. Together they collected two thousand pages of data within a two-year period. The data depicts how rapid climate change may affect everything from Estonian business, agriculture, food and traffic, to life expectancy, energy and tourism.

“Climate change impacts the whole society; we are pioneers by including areas such as economy and industry in the adaptation strategy,” says Timo.

Are we adapting fast enough?

Increasing global temperatures is a hot topic in the public debate. Extreme weather is one of the strongest indicators of climate change, but how can we measure the human impact? How many deaths have been caused by climate change during the past years? » says project expert, Igor Miilvee.

Read about how: A comic book communicated the effects of climate change.

The scientists condensed the data into a fifty-page climate change adaptation strategy. The document is now being processed in the Estonian Parliament.

“Even though we have a plan, it’s difficult to change people’s mindset; we tend to not act before it affects our own life. The question is: ‘Are we adapting fast enough?’, and the answer is ‘No’, humans are not keeping up with the speed of change,” says Igor.

Timo starts drawing lines depicting winds on the blackboard, in order to show the changes that have happened to winds from the West.

“As humans we adjust for a certain time but birds and plants are getting confused already. The birds used to fly with the western winds to warmer places during the winter. However, they now struggle to find the wind and can miss one month of flying, which in a bird-life is a matter of life or death. And the plants’ circle of life also get confused by warmer weather,” says Timo.

The project was part of the integrated marine and inland water management programme, of which the objective is to reduce human and ecosystem vulnerability to climate change. The project team cooperated with the Norwegian Directorate for Civil Protection (DSB) which contributed with their experience of integrating climate change adaptation into civil protection and emergency management.

“We arranged study trips to Bergen and Voss for inspiration, and got to see some great best practice examples to adaption. We hope the strategy will contribute a long-lasting impact on all sectors, not just on paper,” says Timo.

We have other interesting projects in Estonia financed through the EEA and Norway Grants. Read more about them here:

Migration has put huge pressure on asylum systems in many European countries. Read about how Europe strengthen the capacity to handle migration. Read the full story.