The Romanian border with Ukraine and Moldova stretches for over a thousand kilometres. Sculeni is just one of the six main Moldova-Romania border crossings used by many Ukrainian families looking for safety away from the Russian missiles and fighting in their homeland. For some, Sculeni is just a transit point on their way to their family and friend in other European countries or even further afield. For others – it’s a temporary stop, a place to wait out the violence in their country. 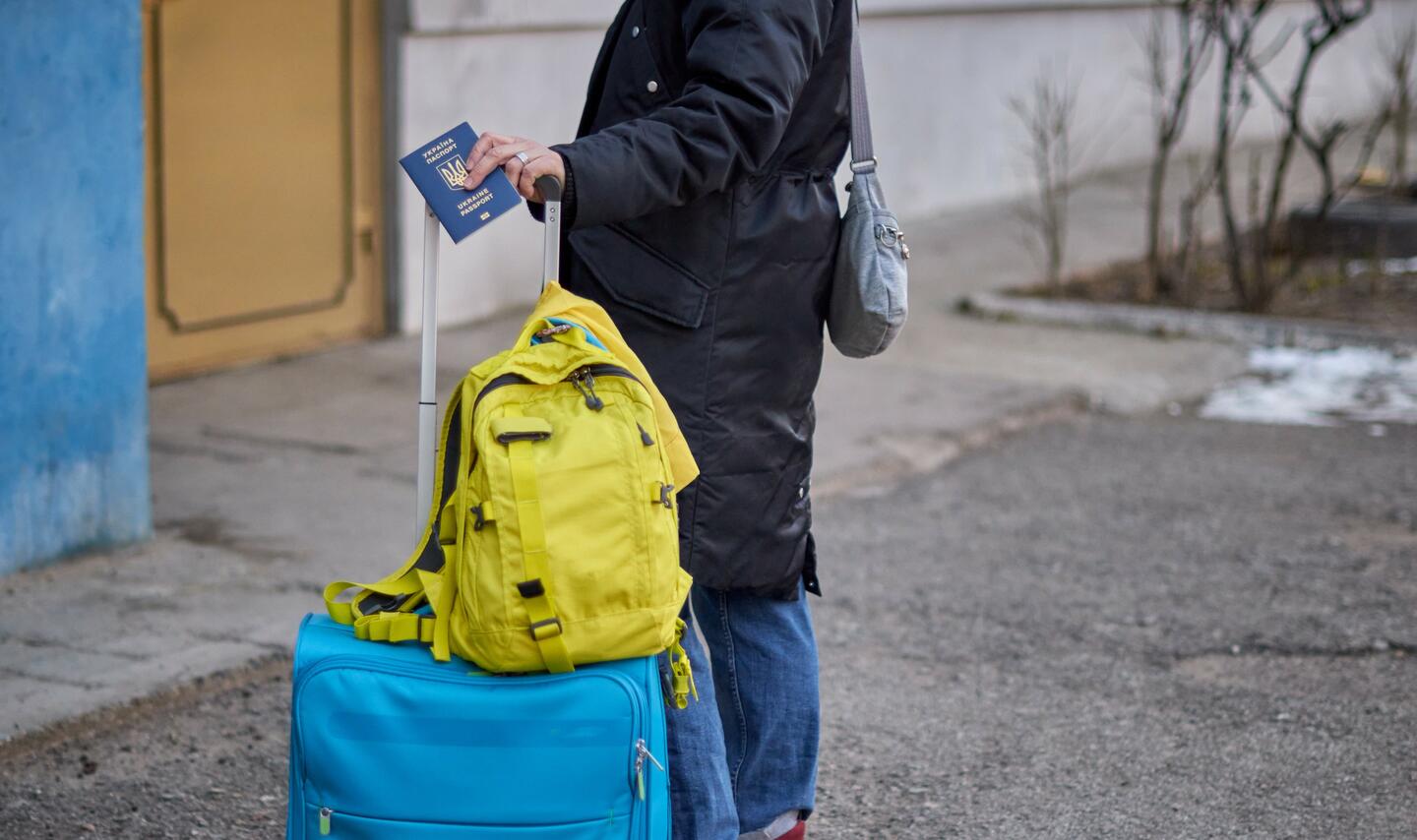 Addressing the crisis at the borders

Since the beginning of the Russian invasion of Ukraine, by the estimates of the Ministry of Interior of Romania, over one million Ukrainians have entered the country, with more than 350 000 crossing from Moldova. The never-before-seen numbers of refugees have put a strain on the Romanian authorities’ capacity to manage and accommodate people seeking refuge.

To help Romanian authorities address the growing humanitarian crisis, Iceland,  Liechtenstein and Norway have agreed to allocate €750 000 to the General Inspectorate for Emergency Situations. The funding is helping the Inspectorate ensure better living conditions and improve refugee document processing.

“Due to the large number of refugees who entered Romania since the beginning of the Ukrainian crisis, it was necessary to mobilise a lot of staff from the General Inspectorate for Immigration, General Inspectorate of Emergency Situations, General Inspectorate of Border Police and even some personnel who do not usually carry out operative. They work to ensure the management of the refugees, the accommodation in temporary refugee centres, such as tents and containers, meals, personal hygiene stuff, transportation, and solving special requests, including granting protection,” says Catalina Matache, Monitoring Officer from the Romanian Ministry of Internal Affairs.

“We are now facing the largest humanitarian crisis since World War II. Norway appreciates our close cooperation with Romanian partners on how unspent funding from the EEA and Norway Grants can be adapted to support refugees from Ukraine in Romania,” says Jon Erik Strømø, Director for the Section for Central Europe at the Norwegian Ministry of Foreign Affairs.

“We have so far identified  €2 830 000 that has been allocated to immediate response to the refugee crisis in Romania. We are looking into how we can contribute further,” adds Strømø.

NGOs at the frontlines

For those staying in Romania, one of the possible first stops is in Iași, a town less than 30 kilometres away. A makeshift shelter and humanitarian and social support centre, set up in the Regional Technology Centre, opened its doors just two months ago. The centre is run by the Federation of Nongovernmental Organizations for Social Services (FONSS), an organisation implementing the project The social platform of Romania, funded by the Active Citizens Fund.

Since 2016, over 200 projects and 345 organisations in Romania have been directly funded by the civil society programme of the EEA and Norway Grants. In the current funding period, €46 million has been earmarked to support civil society organisations and their work to safeguard human rights, strengthen democratic culture and raise civic awareness in the Romanian society.

“Romanian NGOs demonstrated once more their capacity to react and mobilise in time of crisis. Immediately after the COVID challenge, the NGOs organised themselves and, together with the authorities, were able to respond properly to the Ukrainian refugee crisis. This required an intense effort to adapt their services, to create and adapt the support units, to collaborate with other NGOs or with authorities or companies to make better use of the available resources, such as volunteers, expertise, infrastructure etc.,” says Anca Nicovescu, Programme Director for the Active Citizens Fund in Romania.

In April 2022, Iceland, Liechtenstein and Norway, together with the Ministry of Investments and European Projects, have agreed to reallocate €2 million to the Active Citizens Fund to provide further assistance to help support those displaced by the war in Ukraine.

“The Civil Society has proven to be instrumental in providing rapid and flexible support to the refugees from Ukraine in Romania. The Active Citizens Fund offers a platform for the Donors to channel the funds to partners in the civil society in Romania. That we can use this structure that already is in place within the EEA Grants has proven very helpful,” says Strømø.

“The additional allocation redirected by Iceland, Liechtenstein and Norway towards the Active Citizens Fund in Romania is providing the needed support for NGOs to help them adapt to the evolving situation. This way, the NGOs will be able to plan, prepare and implement actions needed in the medium term. Those actions may include services for migrants – such as counselling, medical assistance, education, cultural inclusion, fighting human trafficking, as well as supporting the communities to cope with the effects of the war and refugee crisis. We also expect that part of this additional amount will be used for actions aimed at combatting fake news and hate speech,” adds Nicovescu.

The Donors' commitment to the Beneficiary States

Aside from the funding dedicated to helping Romania deal with the challenges posed by the war in Ukraine, the three Donor States – Iceland, Liechtenstein and Norway – have already encouraged flexibility through the EEA and Norway Grants' Bilateral Fund. By 1 June, over €11 million had been allocated to various initiatives in 10 Beneficiary States to help them face the humanitarian crisis caused by the war in Ukraine.