Claiming the rights to your body

Imagine if your choice to have children was taken away without your knowledge only because of your race? Hundreds of Roma families in Slovakia don’t need to imagine – they have lived it. 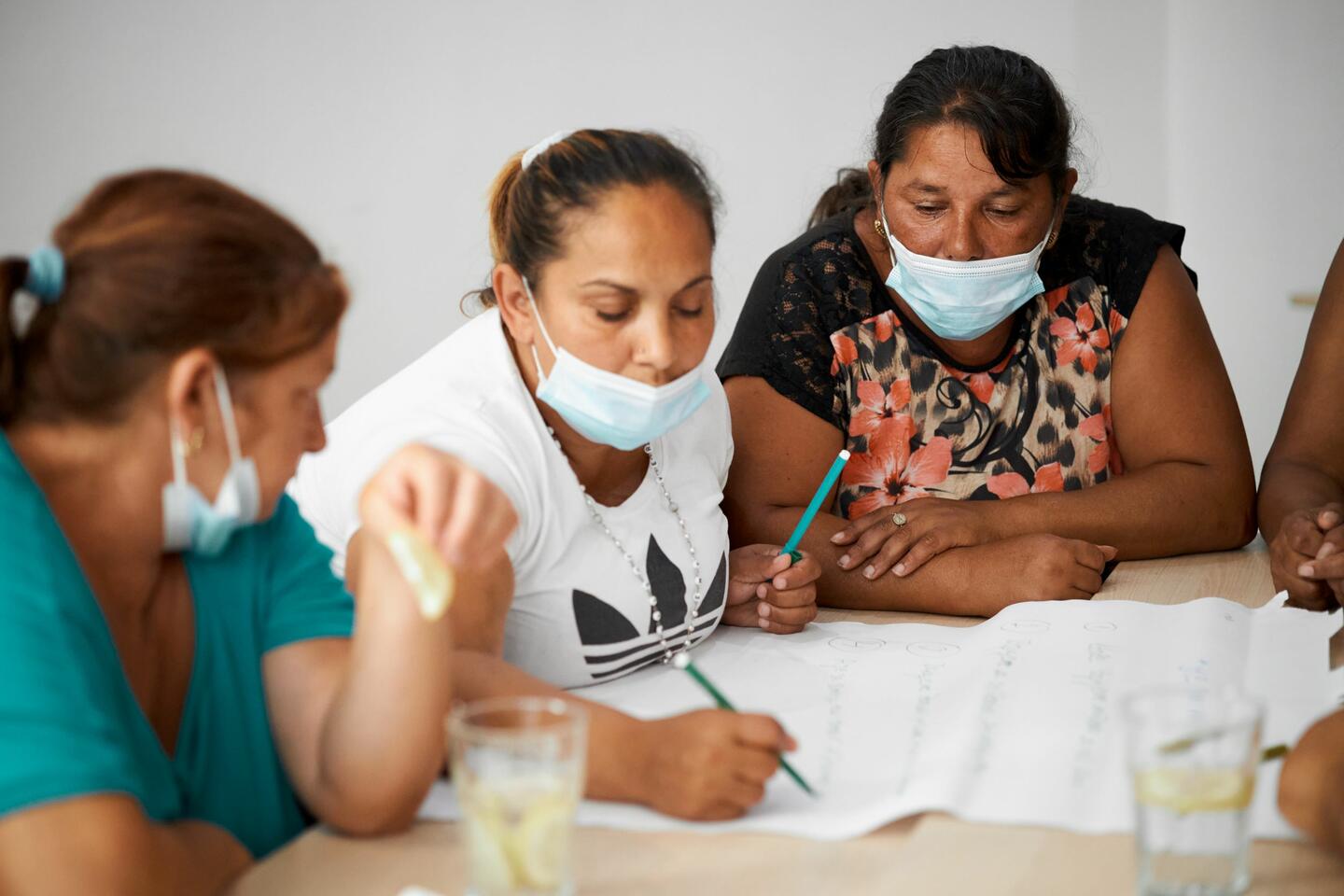 Between 1966 and 2004, in Slovakia, forced sterilisation of Roma women was a common occurrence. In November 2021, the women received an official apology from the Slovakian Government. Supported by the EEA Grants, the Center for Civil and Human Rights in Slovakia, together with a group of women have been fighting for their sexual and reproductive rights long before that. In this article, we look at the road that led to this historic moment for Roma women.

Your body, not really your choice

Meet Jana. In 1984, after the birth of her second child at the hospital, she was given some documents for a signature. She refused to sign but then was tricked into an injection that would reduce her pain but instead put her to sleep. On her next visit to her doctor, she was told that her ovaries were tied following an irreversible procedure that prevents childbearing.

Jana is one of many women who fight for their rights with the support of the counsellors at the Center for Civil and Human Rights in Slovakia. The Center has been advocating for Roma rights for two decades now.

“We began with addressing the practice of forced sterilisations of Roma women, being the grave violation of their reproductive rights,” says Stefan Ivanco – the programme manager at the Center.

In 2003, the Center for Civil and Human Rights and the Center for Reproductive Rights published a joint report Body and Soul that documents cases of coerced sterilisations, abuse and discrimination in maternity wards and denial of access to medical records, all targeted at Roma women. The report called on international, national and local actors to take action against such human rights violations. International media outlets have taken up the report, putting further pressure on Slovak Government.

“In 2004, after joining the European Union, Slovakia adopted the Anti-discrimination Act. That’s when we started monitoring and tackling a wider range of discrimination against the Roma minority. We monitor discrimination cases in segregated Roma communities and provide those who experienced discrimination with legal assistance,” says Ivanco.

The Slovak Health Care Act states that sterilisation can only be performed 30 days after a written request following informed consent is submitted. In 2014, requirements to obtain informed consent were further standardised with templates for informed consent forms in national minority languages, including Romanes.

One is too many

Veronika was sterilised in 2000. She was coerced into signing a consent after hours of arduous labour. In 2011 the European Court of Human Rights ruled that the sterilisation has violated her human rights. All she wants now is for this not to happen to her 22-year-old daughter or any other Roma woman.

The Center for Civil and Human Rights brought and won several cases just like Veronika’s in 2011-2012. These cases were instrumental in drawing the attention of legislators.

In a letter sent to the group of Roma women, the Commissioner for Human Rights of the Council of Europe Mijatović expressed her support for this cause. “Your situation has touched me deeply. I can only imagine the profound impact of being denied the most basic autonomy in choosing what happens to your body, and your choices about having children must have had on you. And how the Government's failure to recognise and deal fairly with the hurt inflicted on you must have added to this pain.”

In 2018 the Slovak Ombudswoman called on the Slovak government to finally take responsibility and provide access to justice for affected women. In July 2021, the Human Rights and Ethnic Minorities Committee of the Slovak Parliament, observed by representatives from the Center and two victims of forced sterilisation, called for the Government to adopt a resolution apologising to the Roma women. And in November of the same year, the Government did.

One of the many steps that still await

In a statement following the adoption, the then Government Plenipotentiary of the Slovak Republic for the Roma Community Andrea Bučková shared that “What the previous regime was capable of in relation to Roma women is unacceptable. Regulating the population of any minority or group is comparable to the methods of the Nazi regimes and is a gross violation of the human rights and personal integrity of every person.” She added that she considers this to be ‘one of the many steps that still await us to show that violence against women is already unacceptable in today's society.’

“Still many Roma, unfortunately, live in socially excluded communities, some of them without basic infrastructure like drinking water. Discrimination against Roma remains present in Slovak society. We keep calling on the Government to take resolute systemic steps to ensure equal opportunities for Roma. Systemic issues such as the segregation of Roma children in education cannot be removed without the massive intervention of the government authorities, and they have been falling short in this regard over years,” says Ivanco from the Center for Civil and Human Rights.

Currently, the Slovak Government is reviewing a simplified procedure to compensate the affected women. The human rights advocates at the Center for Civil and Human Rights do not have time to rest.

“Together with fellow Roma women activists, we highlight other forms of discrimination in reproductive health care, such as segregation in some maternity wards, and strive for the change.”

Applying for the EEA Grants – a no brainer

“EEA Grants Active Citizens Fund already supported our work in the past, and this support was very valuable for us. And it was a no-brainer for us to apply again,” says Ivanco. He adds that the support covers a range of activities helping protect the human rights of marginalised communities in the long run.

The Center for Civil and Human Rights has received funding from the Active Citizens Fund for their project Promoting the human rights of the Roma minority through the use of legal remedies and in cooperation with local Roma activists. The project provides legal aid and litigation services to minority communities and individuals who have been wronged. They are hoping that it will help increase people’s confidence in the judiciary system.

“We are in the final year of our project now. We will continue with our project activities planned for the whole project period, particularly human rights field monitoring and strategic court litigation addressing various discrimination against Roma. In close cooperation with the group of Roma women activists we will keep pushing for the already mentioned mechanism for compensation of forcibly sterilised women, for systemic measures against segregation of Roma children in education and against other Roma rights violations,” adds Ivanco.

The Center also plans to publish a book of interviews with Roma. The book will bring together the stories of Roma, who stood up against human rights violations against them.

“We hope that such a book can inspire and encourage other discriminated people to pursue their rights. We believe the more people will claim their rights, the fewer violations of rights and injustice will be in our society.”