Can your healthy breakfast get even healthier?

Latvian and Norwegian researchers are working together to explore the health benefits of hull-less cereals. 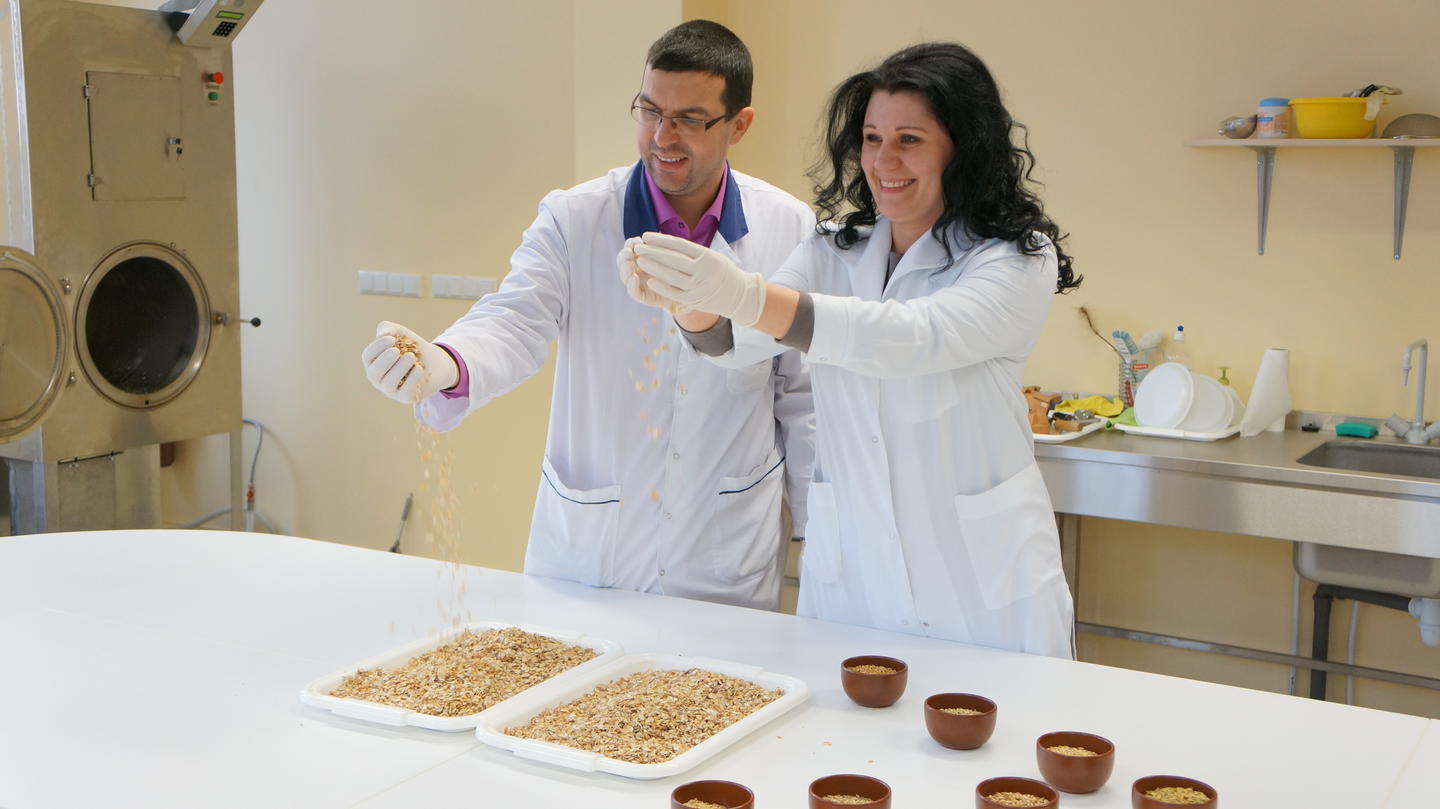 Both Latvians and Norwegians like to start their day with a nutritious breakfast, with cereals being a popular choice in both countries. Supported through the Norway Grants, a team from the Latvia University of Agriculture (Faculty of Food Technology and Institute of Agricultural Resources and Economics), Riga Stradins University and the Norwegian Institute of Bioeconomy Research (NIBIO) has explored how to make these popular breakfast options even healthier. They’re doing this by examining the health benefits of wheat, rye, triticale, hull-less barley and hull-less oats.

What are hull-less cereals?

Hull-less cereals, also known as ‘naked’ cereals, are different from the traditional hulled grains in several ways. During threshing their kernels can detach easily from the hull, meaning that they need less space for storage and transportation. Additionally, unlike hulled grains, hull-less cereals do not require a peeling process before they reach the consumers – a process which risks a loss of both vitamins and minerals.

In order to develop a functional product, the team put a high emphasis on selecting the most suitable cereal types and varieties. Latvian consumers prefer traditional cereals – wheat and rye – but Norwegians tend to favour wheat, barley and oats. Based on this, the project team developed new triticale, hull-less barley and oat varieties. These types of cereal have a higher nutritional value than traditional ones and can be a good alternative for a healthy diet.

From farm to fork

The team has studied these new cereals from the moment they start growing to the point they reach the breakfast plate. This has been done by examining how they grow and how they should be treated, particularly keeping an eye out for how much healthier food can get if one allows the grain to begin to sprout before making it into flakes.

In order to explore how healthy those flakes are, the team has examined their nutritional values, including their dietary fibre, B group vitamins, protein and sugars, as well as other factors such as their glycaemic and insulin index.  The glycemic index (GI) is a way of measuring the effects on blood glucose levels. Overall, the flakes were found to have a comparatively low glycemic index, with  the hull-less barley flakes having the lowest GI compared to other researched cereals.

The project recently received a special award diploma from the President of The Latvian Academy of Sciences:

“It’s an honour to receive the diploma,” says the lead researcher Evita Straumite from the Latvia University of Agriculture, adding that the recognition is also demonstrates that the project focused on an area that has been under-researched.

Through the project, the researchers at partner institutions in Latvia and Norway have an excellent opportunity to work together and share knowledge and experiences. The cooperation has even been strengthened further through the coordinator and leading researcher of the project’s Norwegian part, Ievina Sturite, who is of Latvian origin and has worked for years at NIBIO.

The team is pleased with the insights they have gained through the project but Evita notes that there is still a lot to be explored:

“Further research is needed to make scientifically based agronomic conclusions so it is likely that the current research project will be basis of possible future cooperation with NIBIO scientists at different levels of projects,” she says.

We have other interesting stories from EEA and Norway Grants projects in Latvia:

The number of HIV positive people in Latvia is increasing. Read how one organisation is working to change that.

How can offenders be rehabilitated without being sent to a traditional prison? Working together with their Norwegian counterparts, Latvian authorities are introducing electric monitoring.