The breakdown of an innocent world leaves critics stunned

A travelling salesman crash-lands on a planet only inhabited by children. In the play “Blue Planet” the audience witness how the innocent children’s world comes under threat. 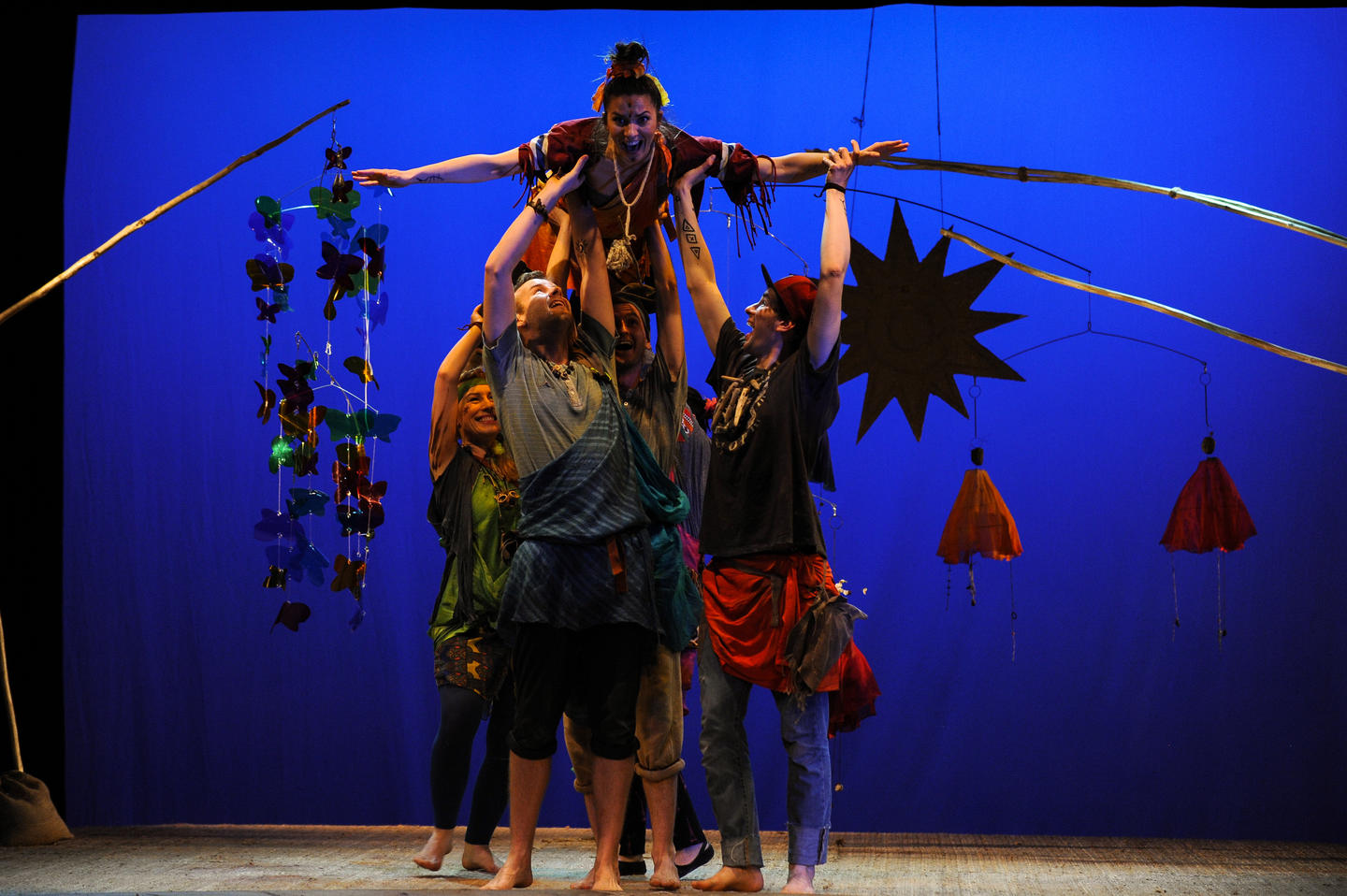 The play based on a book by Icelandic author Andri Snær Magnason has been adapted into a theatre performance in Poland. The world depicted by Magnason is largely the same as the natural world except one major difference, it is inhabited only by children, who never age. Their daily existence is described as wild and free. They use what nature has to offer to sustain their one priority, having fun.

The project has been a key part in establishing long-term cooperation between the two countries. It brings attention to the value of using art to educate children about complex issues such as climate change.

Magnason has received international recognition for his realistic and ecological-oriented approach to children’s stories. One example is the arrival of the travelling salesman Jolly Goodday, who offers the children the wonderful opportunity of flying. The ability to fly comes from the salesman’s butterfly powder combined with energy from the sun. Blinded by their excitement, they agree to the salesman’s plan of nailing the sun down to the sky and removing the clouds in order to ensure 24-hour flying pleasure. In exchange for his services, the salesman extracts drops from their “well of youth in their hearts”, causing them to start aging.

The nailing down of the sun has dramatic consequences for the children living on the other side of the planet, who now live in constant shadow. In a sophisticated manner, Magnason is able to communicate to children that resource extraction and overconsumption by the few comes at the expense of the many.

With the support from Iceland, Liechtenstein and Norway, this has been a cooperation between Miniatura City Theatre in Gdansk and the Association of Independent Theatres (Sjálfstæðu Leikhúsin) in Iceland.

The performance has received extensive positive feedback for its ability to both excite and educate children. Journalist and writer from the newspaper Gazeta Wyborcza, Dorota Karaś writes that the Blue Planet is “…filled with adventures, in which children will find what they like best: plot twists, magic, humour, horror and a happy, though not obvious, end.“

Łukasz Rudziński, a journalist working for the newsite Trójmiasto.pl describes the play as being “…based on simple means and a good script, one can create a valuable performance for children, without the use of multimedia or ‘winking’ towards the adult audience…”

Musicians and artists from both countries collaborated closely throughout the project. Miniatura Theatre’s house band were responsible for the play’s musical element, directed by the Icelandic Erling Jóhannesson. The Icelandic band Múm composed the music. The May 2014 premier of the play coincided with the release of Jacek Godek’s Polish translation of the book.

To broaden the effect of the project, a cross-disciplinary educational programme promoting Icelandic culture in Poland was included. The programme included the ‘True Friend’ exhibition by Erla María Árnadóttir, an Icelandic illustrator. A number of public readings of dramatic works and discussions on Icelandic works and theatre were held, as well as film screenings.

The play was staged a total of 19 times during the project, including five times in Iceland. After the project was completed, the play has become a permanent feature on the calendar of the Miniatura Theatre in Gdańsk.

We have other exciting projects in Poland financed through the EEA and Norway Grants:

The history of the Jewish people is a central part of Polish cultural identity. What is being done to develop this further? Read the full story here!

Check out the new maritime museum where the public can learn about old construction techniques for building boats and ships.