Greece has the EU’s longest seascape. But the coastlines, surrounding waters, and countryside have been subjected to dumping for centuries. The country struggles with landfill overflow. Entrepreneurial solutions are available, but need funding to get a leg up on how to manage waste. The EEA and Norway Grants are dedicated to the constant quest of finding new, more eco-friendly and efficient methods to support operation for ground-breaking business models that put rubbish in its place. 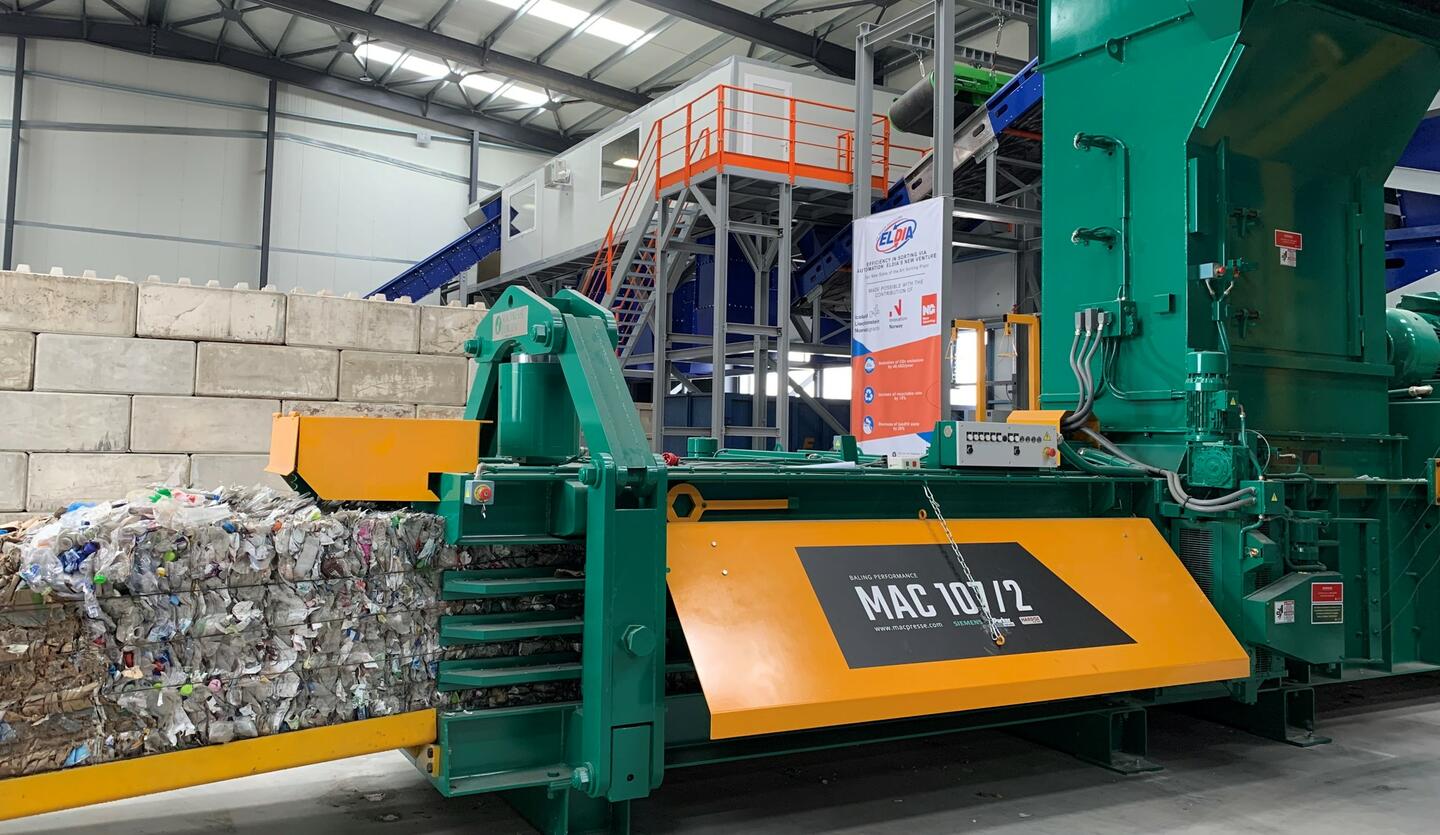 The famous and seemingly pristine waters of Hellas have had everything from plastics, metals, and glass, to other objects and substances — dumped indiscriminately. The picturesque countryside suffers the same. Researchers have tracked down some of the first rules relating to waste management dated back to some 2 400 years ago. But management meant “buried waste at least a couple of miles from populated areas”. In other words, landfills. Once the land and the waters are full, what is to be done?

Some companies are taking action and even treating waste as an asset. By separating refuse through public bins and pick-up campaigns, along with legislation that fines public and industrial violations, companies like ELDIA innovate how waste is separated and eventually how it is reused. That means emptier landfills and more sustainable waste management.

Founded 25 years ago, ELDIA has now completed a fully-functioning sorting plant for recyclable materials. Hand-in-hand with support from the EEA and Norway Grants and with the aid of the Norwegian partners Norsk Gjenvinning and Innovation Norway, this state-of-the-art project is designed to receive 20,000 tonnes of waste per year while creating new job positions, reducing CO2 emissions by 40,462 tonnes annually, and decrease the landfill waste by 20%.

Dimitris Gortziz, CEO at ELDIA (Hellenic Waste Management), began working in the field of waste-separation as legislation around the world was being instituted and recycling was being taken to heart. “I worked in the Waste Management field in the USA between 1988 and 1997, when I returned to my country and founded ELDIA,” says Gortziz. “The US was a great school for me, since they were the absolute pioneers in the recycling field. When I came back to Greece, I realized that 99% of the waste produced was disposed of at the landfills.”

Those landfills accumulated mountains of waste that could have been recycled, upcycled or reused. At the very least, reduced.

“We started promoting the practices of recycling in commercial and industrial companies, such as shopping centres, super markets, food industries, etc.,” says Gortziz. “Then the municipalities started the recycling programs after 2004 by introducing the so-called ‘blue bin’ where the citizens place their mixed recyclables. The content of the blue bins end up at sorting plants.”

This programme works well for a country where citizens are not inducted early on about how to separate and recycle. “In our new, state of the art Sorting Plant, the installation of bag opener, tromell, magnets, aluminium separators, and most importantly optical separators, the total volume processed is increased, the recovery rate is increased, the quality of the recovered products is improved, and the waste going to the landfill is decreased,” says Gortziz.

“Regarding the local markets, I have to say that lately there has been an increase in the firms processing plastic recyclables, and that is really good news for the country,” continues Gortziz.

While municipalities and a large number of volunteers handle marine litter, ELDIA has sponsored many similar initiatives since 2017. The focus of this project is to sort and recycle waste in a greener, more efficient way – and learn good practice from Norway’s experience. Waste management is a vitally important topic on European level – and the EU is pitching in to improve this area in EU countries. A good example of how the Grants can help, and how transferring knowledge and building local capacity often work best.

Sorting it out can make all the difference.

ELDIA S.A. was established in 1997 in the city of Thessaloniki and is currently an industry leader in waste management and recycling in Greece. The Company provides rational solutions for issues concerning the solid waste management and disposal of industrial and commercial enterprises, local government or organisations of the broader public sector.

The initial project cost is €1,198,000. This project is funded through the Business Innovation Programme in Greece.

The Business Innovation Programme in Greece aims to increase the competitiveness, value creation and sustainable growth of Greek private enterprises. The 3rd Call for Proposals will make available approximately €8,300,000 to projects in the areas of Green Industry Innovation, Blue Growth, and ICT.