The EEA and Norway Grants 2014-2021 programme period was officially launched at Norway House in Brussels this week. 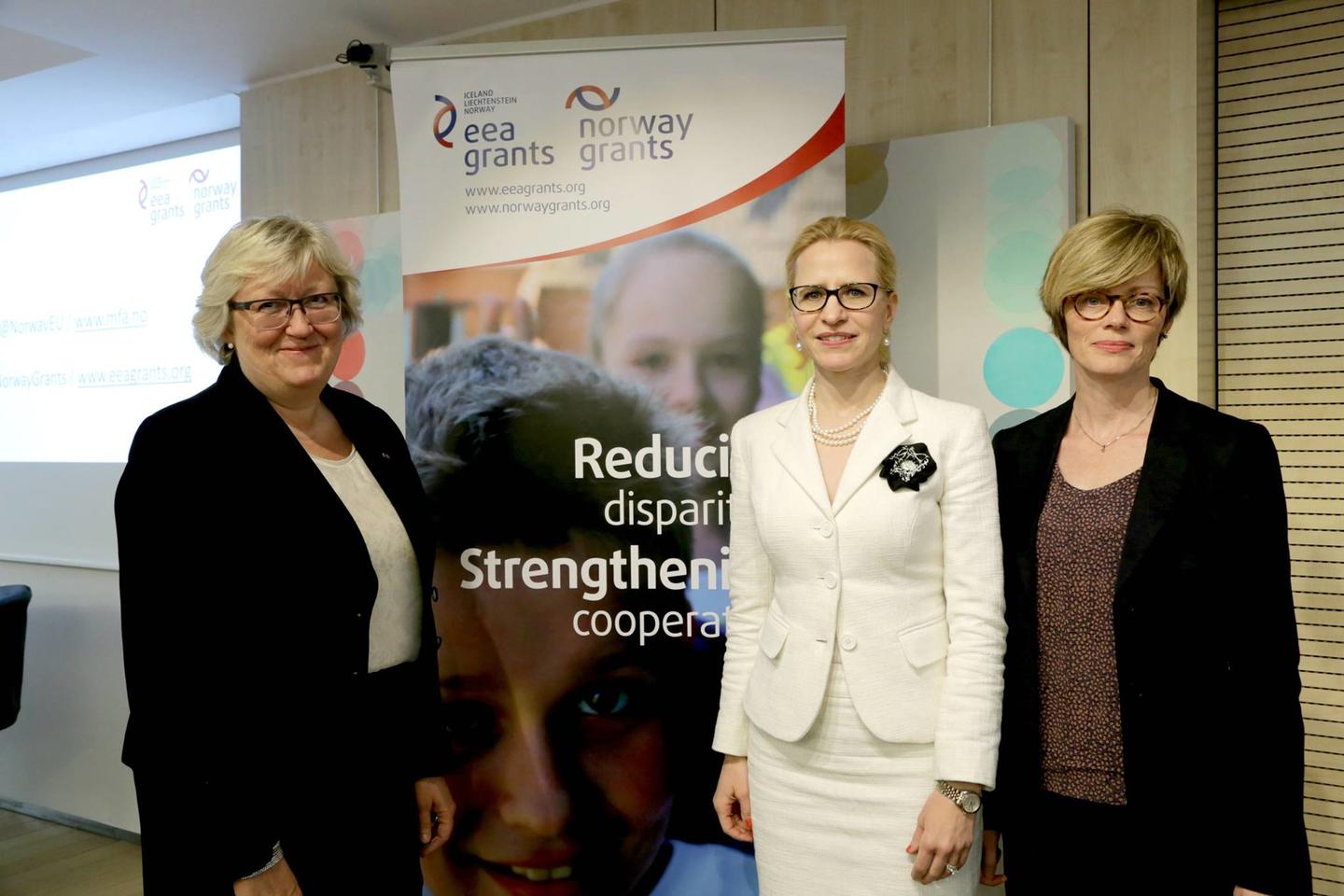 “Our contribution for the next seven years is based on a vision to work together for a green, competitive and inclusive Europe,” said Norwegian Minister of EEA and EU Affairs, Elisabeth Aspaker, at the official launch of the EEA and Norway Grants programme period 2014-2021.

For the funding period 2014-2021 Iceland, Liechtenstein and Norway will contribute with a total amount of €2.8 billion to reduce economic and social disparities in Europe and strengthening bilateral relations with 15 EU member states.

Minister Aspaker was followed by Liechtenstein’s Minister of Foreign Affairs, Education and Culture, Aurelia Frick, who underlined that education and culture remains a priority for Liechtenstein for the EEA Grants 2014-2021.

"The Grants are a catalyst for positive change. Even small projects can have great impact," said Unnur Orradóttir Ramette, Director at the Icelandic Ministry for Foreign Affairs.

Representatives from Iceland, Liechtenstein and Norway, the beneficiary countries and the EU was present at the launch.

The funding is provided over a number of consecutive funding periods since the Agreement on the European Economic Area (EEA) was established in 1994. For the period 2014-2021, five priority sectors have been agreed between the donor states and the EU. The five priority sectors aim to respond to the shared challenges facing Europe.

As part of the official launch, a seminar for the National Focal Points was organised. The two- day seminar aimed to prepare the beneficiary states for the open consultation on the content of the five priority sectors and 23 programme areas eligible for funding under this period. The National Focal Points were introduced to the draft ‘Blue Book’ setting out the priority sectors and programme areas, as well as the revised regulation.

An open consultation on the content of these five priority sectors and 23 programme areas eligible for funding under the EEA and Norway Grants 2014-2021 is being held from 27 May until 8 July 2016.

Iceland, Liechtenstein and Norway will enter into negotiations with each of the beneficiary countries to agree on which areas will receive funding in each country, resulting in the signing of individual Memoranda of Understanding (MoU) with each of the countries.