Tackling domestic violence on the Agenda

Following up from the  2014 European Union Agency for Fundamental Rights (FRA) survey on violence against women, the conference ‘A Europe Free from Gender-Based Violence: From Commitment to Action’ was arranged in Prague. 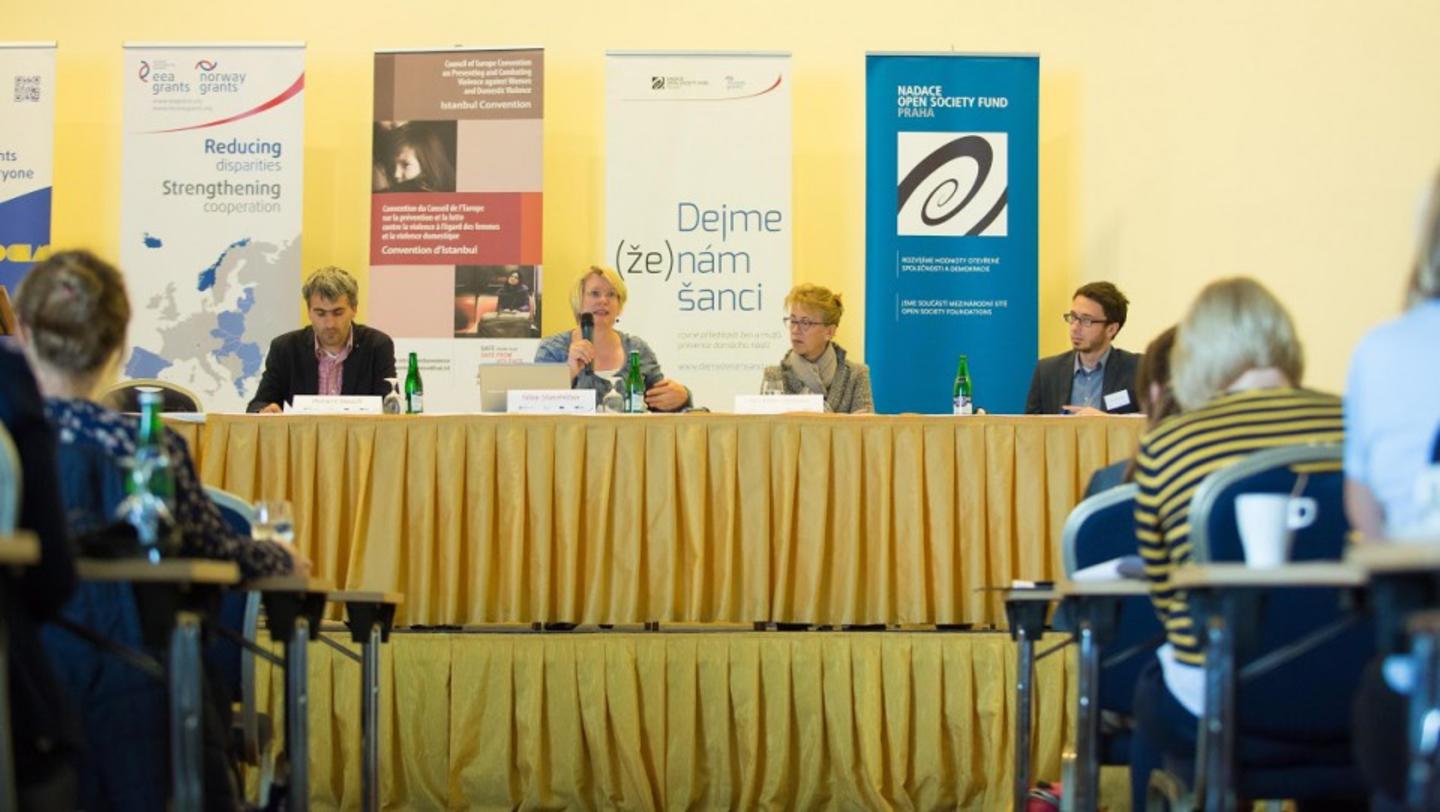 Violence against women is a problem worldwide, and Europe is no exception. In 2014, the European Union Agency for Fundamental Rights (FRA) conducted a survey called Violence Against Women. The survey shows alarming results for women in Europe: one out of three is a victim of violence, one out of ten has experienced some sort of sexual violence, and one out of twenty has been raped. The numbers speak for themselves. Action must be taken to ensure women’s safety.

A convention for change

The Council of Europe (CoE) initiated a convention on preventing and combating violence against women and domestic violence, popularly called the Istanbul convention. The convention was opened for signing in 2011, and since then it obliges the governments that have ratified it to take specific steps to counter all forms of violence against women. This include everything from stalking and sexual harassment to domestic violence, forced marriage and female genital mutilation. The Secretary General, Thorbjørn Jagland has high hopes for the convention:

“My hope is that not only will it give practical ways to bring millions of women out of the violence trap; it will put equality back on the agenda.”

As of July 2015, 37 countries have signed the Istanbul convention, but still ten of the member countries have not signed it. These are, among others, Armenia, Russia, Bulgaria and Czech Republic.

Czech Republic is therefore one of the countries where it is imperative to raise awareness and to take measures to combat violence against women.

A Europe free for violence

Czech Republic is one of the countries that receive funding from Norway through the Norway Grants to counter domestic and gender-based violence. Through the main project of the Czech ‘Let’s give wo(men) a chance’ programme, 160 activists, politicians and experts from 17 countries gathered in Prague for a conference with the goal of putting gender based violence on the agenda all over Europe. ‘A Europe Free from Gender-Based Violence: From Commitment to Action’ was organised by the Czech programme operator, the Open Society Fund Prague, in cooperation with Council of Europe. It was an important and necessary forum, especially for the Czech Republic.

“This conference is an important reminder of the massive challenge we still have ahead of us. But it is also a testament to the willingness and interest in working together to improve our responses and to make better policies,” said Norwegian Secretary of State Ingvild Næss Stub at the opening of the conference. Her opening remark can be seen here.

From words to action?

The Minister for Human Rights, Equal Opportunities and Legislation in the Czech Republic, Jiri Diensbier, expressed what activists long have wanted to hear from a Czech top politician.

“I want Czech Republic to sign and ratify the Istanbul Convention.”

This is one of the most important statements from the conference. Now, it is imperative that the people in Czech Republic make sure he does not forget what he has said.

The conference ended with a call for action: the 160 participants at the conference encouraged the European countries to sign, ratify and implement the CoE’s Istanbul Convention.

The Norwegian ambassador to the Czech Republic, Siri Ellen Sletner, was the last speaker at the conference:

“This conference is not a one-time event. I hope and I think that it has been an important contribution to the development of effective policies and measures to combat gender-based violence in Europe.”

Norway and Norwegian values were visible throughout the conference. Norwegian experts from The Equality and Anti-discrimination Ombudsman and the Norwegian Directorate of Health both participated in the panels of experts. However, the Norwegian contribution receiving the most attention was the short animated movie “Angry Man”. The movie tells a small boy’s story. He witnesses his father beating his mother, and he blames himself. Even though everything looks impossible, the help is near – from the King of Norway! The painful story and the beautifully produced movie left the conference in a state of pensive silence.

The Minister for Human Rights, Equal Opportunities and Legislation in the Czech Republic, Jiri Diensbier, had an important statement when addressing the conference. He wants Czech Republic to take the next important step and sign the Istanbul Convention. The engaged activists and NGOs that participated and organised the conference will remember his words, and demand them to come true: “A Europe free from Gender-Based Violence: From commitment to action”.

Read more about the Grants' efforts countering gender based violence