Iceland, Liechtenstein and Norway have signed new cooperation agreements with Estonia on new programmes under the EEA and Norway Grants 2014-2021. 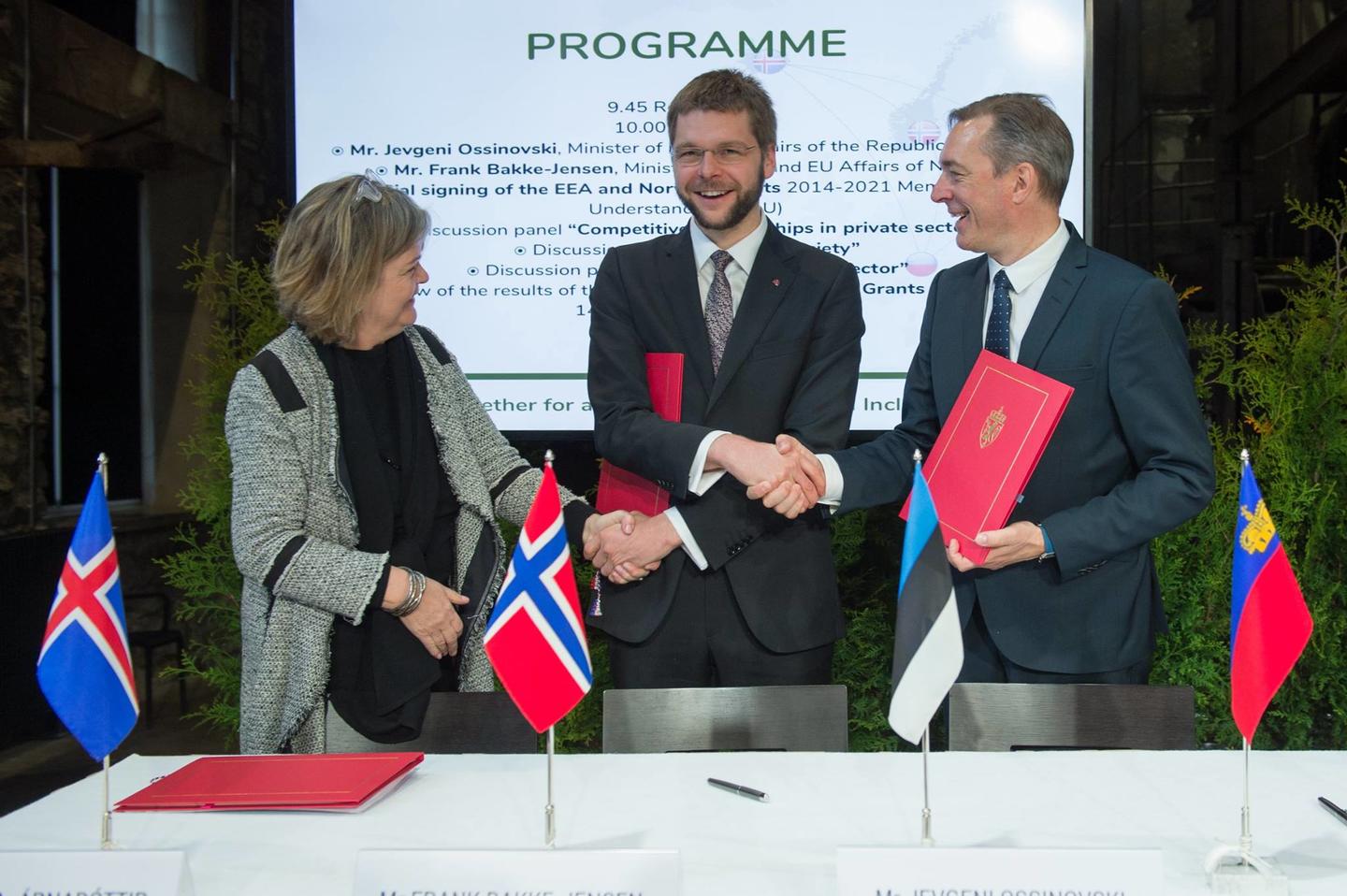 Through the Grants, the donor countries have allocated EUR 68 million to a total of seven programmes and funds. Priority will be given to research and innovation.

Want to take a closer look at the signed agreements? You can find them here:

Continue the successful implementation of the Grants

Icelandic Ambassador to Estonia, Kristín A. Árnadóttir, signed the MoUs on behalf of Iceland:

An open invitation to cooperate across borders

"In line with the Norwegian Government’s priorities, nearly half the funds have been allocated to business and research. The cooperation agreements that will be signed today are an open invitation to Norwegian actors who are interested in taking part in creating a green, competitive and inclusive Europe," says Norwegian Minister of EEA and EU Affairs, Frank Bakke-Jensen. The Minister signed the MoUs on behalf of Norway in the Estonian capital earlier today.

"We are thus further strengthening our already close cooperation with Estonia. This also reflects our mutual interest in enhancing cooperation within the sectors covered by the agreements," says Minister Bakke-Jensen.

The local development programme includes efforts relating to health, violence against women, children and young people, and cultural cooperation. Emphasis will be given to measures that support the Estonian authorities’ efforts to integrate the Russian-speaking minority.

In the months ahead, relevant agencies from the donor countries and Estonia will develop the programmes. The first open calls for project proposals will be announced at a later stage.

Under the EEA Agreement, Iceland, Liechtenstein and Norway are part of the European internal market. The EEA Agreement sets out the common goal of working together to reduce social and economic disparities in Europe and strengthen cooperation between European countries. Iceland, Liechtenstein and Norway contribute to this through the EEA and Norway Grants. For the period 2014-2021, a total contribution of EUR 2.8 billion has been agreed. Estonia will receive EUR 68 million of this total.