The St Wenceslas Rotunda in Prague, believed lost for over 350 years, was miraculously discovered in 2004. During a recent visit, Norwegian Ambassador, Siri Sletner, saw how the EEA Grants are helping to preserve this valuable part of Czech cultural heritage. 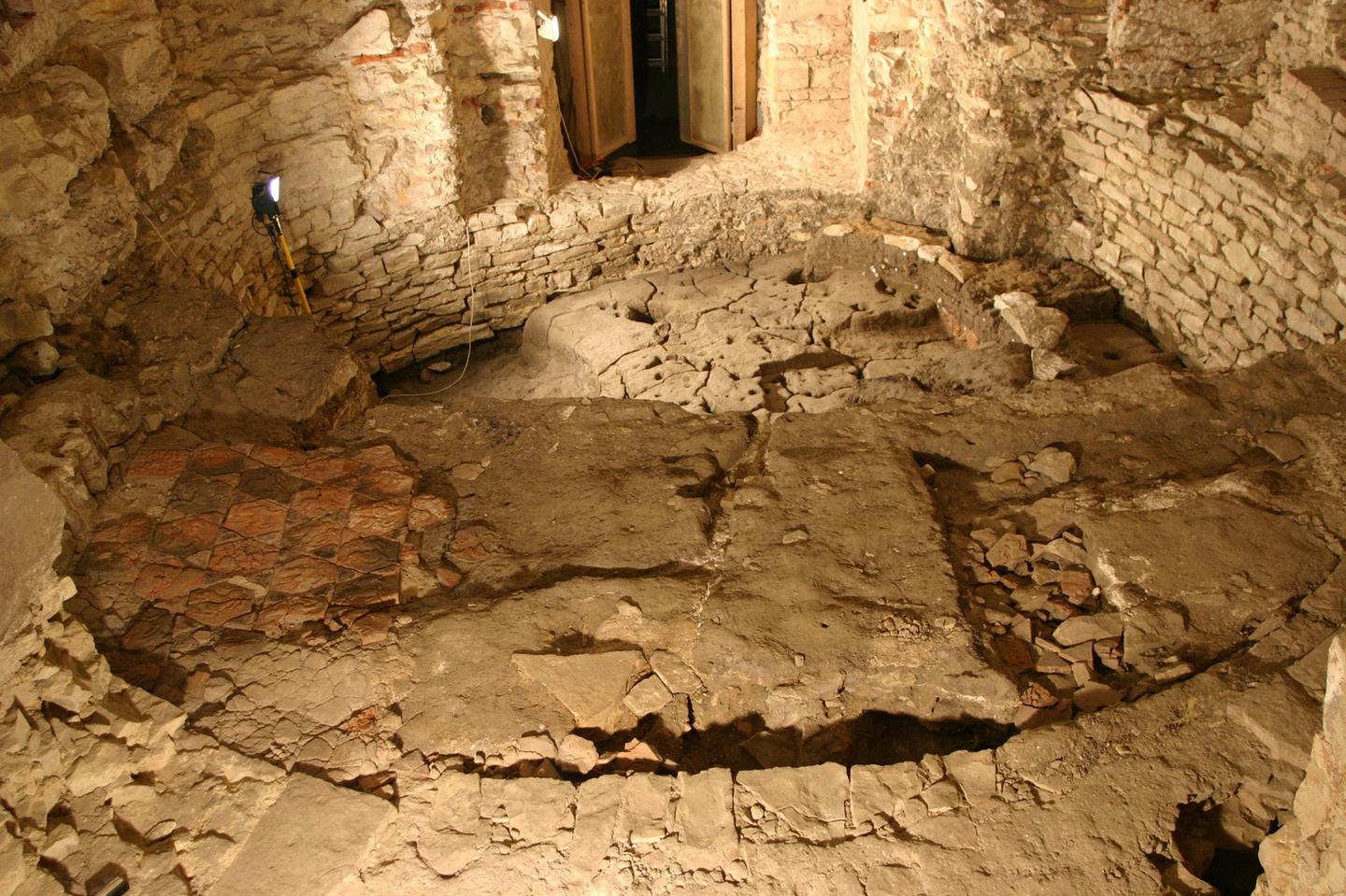 Financed under the EEA Grants Czech cultural heritage programme, the preservation project is run by the Faculty of Mathematics and Physics in Charles University in Prague. During extensive renovation works several years ago on the former Jesuit House, today part of the Faculty of Mathematics and Physics, fragments of Romanesque masonry were discovered. It was immediately evident that these remains formed part of the missing St Wenceslas Rotunda, believed lost for 376 years even by many historians and archaeologists.

The most important discovery is an exceptionally valuable fragment of Romanesque flooring dating back to the 11th century, which has turned St Wenceslas Rotunda into one of the most prominent monuments of Romanesque art in Bohemia. Another curious object – a stone circle dating back to the 10th century – was also discovered, which testifies to the importance of this site, both for Czech history and on an international scale.

Initial archaeological research has been carried out at the site, followed by basic stabilisation of the monument and treatment of the unearthed historical remains. Work is now underway to fully restore the monument and carry out urgent climate protection treatment to prevent further degradation. In parallel, the premises are undergoing renovation to make the site accessible to the public, ready for opening in 2016.

“This [project] is very impressive. I had no idea what to expect before I entered this beautiful door. And it is remarkable to see what has been achieved so far.”

“What will be preserved is very important for future generations. Norway is an active partner in this work and we want to continue this European cooperation and participation in these projects,” she continued.

(Click below to view video clip of visit - English subtitles)

According to legend the origin of the rotunda is connected with a miracle which occurred during the transfer of St Wenceslas’ remains to Prague Castle. The significance of site cannot be underestimated given its direct connection with St Wenceslas and his legacy for Czech history. However as the monument had lain undiscovered for so many centuries, it has been greatly damaged and requires urgent restoration.

Former Duke of Bohemia, St Wenceslas, is the patron saint of the Czech Republic. His martyrdom gave rise to a reputation for heroic goodness, resulting in his elevation to sainthood. He is also the subject of “Good Kind Wenceslas”, a 19th century St Stephen’s Day carol that remains popular to this day.