Roma inclusion an important priority for the Grants

Improving the conditions of the Roma population is a key priority for the EEA and Norway Grants. This was emphasised by Ambassador IngridSchulerud, one of the key speakers invited by the EU and the Council of Europe to an international conference on Roma earlier this week in Brussels. 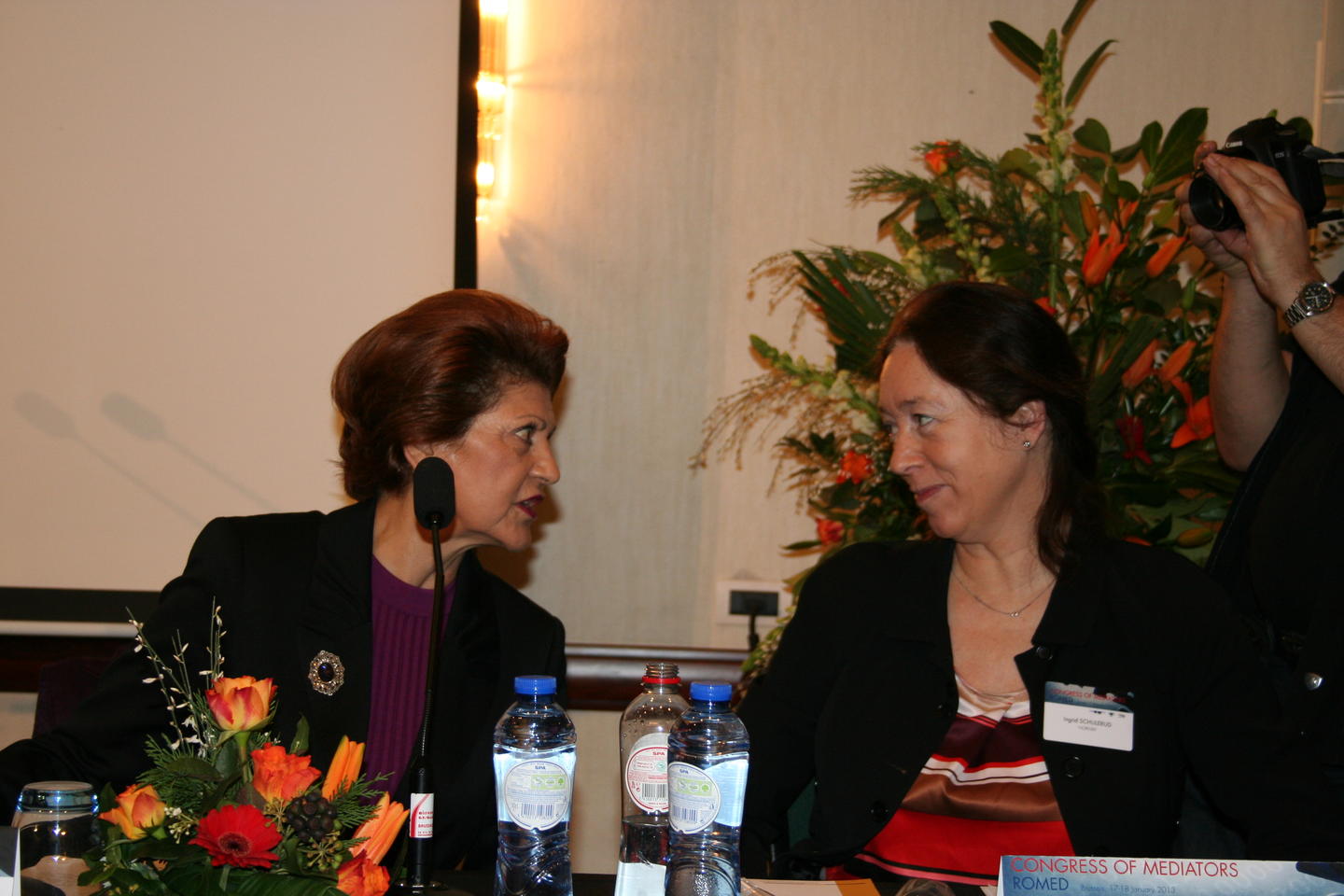 The conference was hosted by ROMED, a joint project by the Council of Europe and the European Commission. The project, which is now finishing its first two year period, aims to support the work of and provide training for so-called mediators. Mediators are persons with a Roma background or with a strong knowledge of Roma issues that act as brokers between the Roma and public institutions in sectors such as health care and education.

Ambassador Schulerud emphasized that improving the situation for the Roma population is a common goal, shared by all European countries and that issues related to the Roma are one of the horizontal concerns of the Grants. This means that they are taken into account for all programmes where they are relevant. Under the current funding period, almost €35 million has been set aside for Roma related issues.  Schulerud also underlined that the issue of Roma is related to other horizontal concerns, such as hate speech and racism.  Often, it is disadvantaged minority groups, such as the Roma, that are hit the hardest by this. While the ambassador stressed the importance of the cooperation that the Grants have with other entities, such as the European Commission and the Council of Europe, she also said that going forward, it is very important to also reach out to the individual communities that deal with the issue of Roma inclusion on a day-to-day basis.

Present at the conference was also the EU commissioner for education, culture, multilingualism, sport media and youth, Androulla Vassiliou. As the first speaker to take the podium, Vassiliou highlighted the key role that access to education plays in improving the situation for the Roma.  As of today, Vassiliou explained, Roma children often end up in segregated schools. This has a strong adverse effect on their opportunities later in life. To illustrate the role that trained mediators can play in improving this situation, Vassiliou told the story of a young Romanian girl who dropped out of school because she could not take being bullied by her classmates any longer. Thanks to a trained mediator, the girl was put into a new innovative programme designed to overcome prejudice. This enabled the girl to then enter one of the most prestigious high schools in Bucharest. More broadly, Vassiliou stressed that the conditions for the Roma must be improved and that the discrimination the Roma people face today goes against the idea of a fair and inclusive Europe.

Though not present at the conference, the secretary general of the Council of Europe, Torbjørn Jagland, also spoke to the participants. He did so through a video message in which he brought to the forefront the fact that although progress has been made, more needs to be done. The secretary general also said that mediation and mediators is an important tool for improving the situation of the Roma, but that it is far from enough. Jagland mentioned investing in today’s young Roma generation as one of the steps that should be taken moving forward.