“We lived under terrible living conditions and suffered a lot. People were dying from hunger, malnutrition and diseases,” says Gheorghe Manole, a Roma survivor of the deportations that took place in Romania during the Second World War. 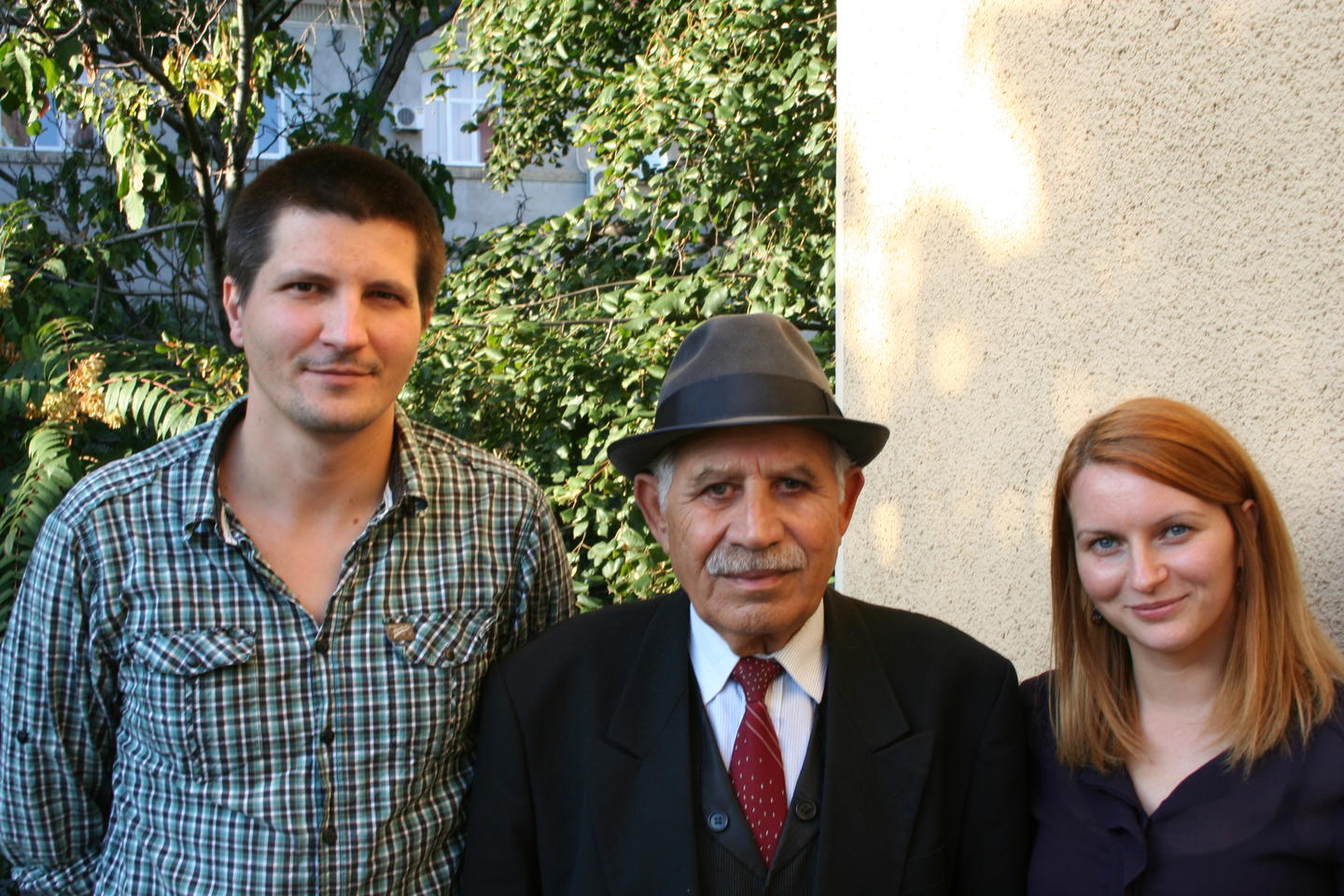 Despite the fact that Romanian authorities have officially recognised the Roma, alongside the Jews, as victims of the Holocaust in Romania, many Roma survivors are unaware of their rights and have not received any compensation for the horrors they went through. This is one of the reasons why the Community Resource Centre Association is working to identity Roma survivors so they can receive the compensation they are entitled to. The project is funded by Iceland, Liechtenstein and Norway through the NGO fund in Romania.

“The aim of the project was to identify 100 survivors. So far we have identified 107, and we are still counting,” says Petre Matei, project manager for the Community Resource Centre Association.

In order to receive compensation, the Roma victims need to fulfill certain requirements, such as being able to document where and when they were born. This information can be a challenge to obtain as most Roma survivors are illiterate. To find the files and records are at times difficult and time-consuming.

“Regional and local authorities do not always have a common approach on how they keep these files and how helpful they are in providing them. In this work, we are very grateful for the help and input we receive from the Porojan Association and the Association of Romanian Jews. The first has extensive knowledge about the Roma community while the latter has long experience in helping Holocaust survivors,” Petre explains.

Testimonial from a survivor

Between the summer of 1942 and the spring of 1944, the Antonescu government deported more than 25 000 Romanian citizens of Roma origin to Transnistria, an area between the Dniester and the Bug rivers, today a part of the Republic of Moldova. Approximately 11 000 Roma lost their lives, due to the terrible living conditions, starvation and diseases, many of them children. One of the survivors of these atrocities was Gheorghe Manole, known as ‘Mocanu’. Mocanu was only four years old when he, together with his parents, four brothers and two sisters were taken by the military and put on the train to Transnistria. His grandmother and grandfather were also deported.

“We were basically treated like animals. Food was very scarce and there were many people dying of hunger. Seeds were often the only thing we had to eat,” Mocanu recalls.

Mocanu has never revisited Transnistria since the end of the war. It is, after all, the place he lost his grandmother, grandfather and one of his younger brothers. Even though he was only a young boy at the time, there are some images that still stick with him:

“I remember my brother dressed in rags looking for something to eat and all the dead bodies being dumped into mass graves.”

The end of the war came as a huge relief:

I remember how my siblings and I were thriving after we came back to Romania. Of course, things were still tough, but we had food – and freedom.”

The project also includes establishing a database with an overview of Roma Holocaust victims in Romania and the creation of an archive with pictures and audio and video testimonials. Irina Matei, project assistant for the Community Resource Centre Association, underlines the added value this has for historical research. Both the National School of Political Science and Public Administration and the University of Bucharest participate as project partners.

“This topic has been much neglected over many years. Of course we hope this can have an impact on historical research and education and not least the negative perception many have towards Roma,” Irana explains.

After the war, Mocanu made a living as a singer, boxer and silversmith. With help from the Community Resource Centre Association he has submitted his claim for compensation. The case is still pending. The Holocaust survivor warns against stereotyping the Roma population:

“Some people come up to me and say that they cannot believe that I am Roma since I am so polite and well-dressed. This is of course only nonsense; the Roma are just like everyone else.”

The project started April 2014 and is scheduled to end November 2014. It receives €31 480 from Iceland, Liechtenstein and Norway through the NGO fund in Romania.

Read more about the project here

Read more about the NGO fund in Romania here