From asbestos to biodiversity

In the heart of the Troodos National Forest Park, an abandoned asbestos mine poses a threat to people, fauna and wildlife alike. With support from the Grants, biodiversity protection and good management practices are being emphasised in the rehabilitation of the mining area. 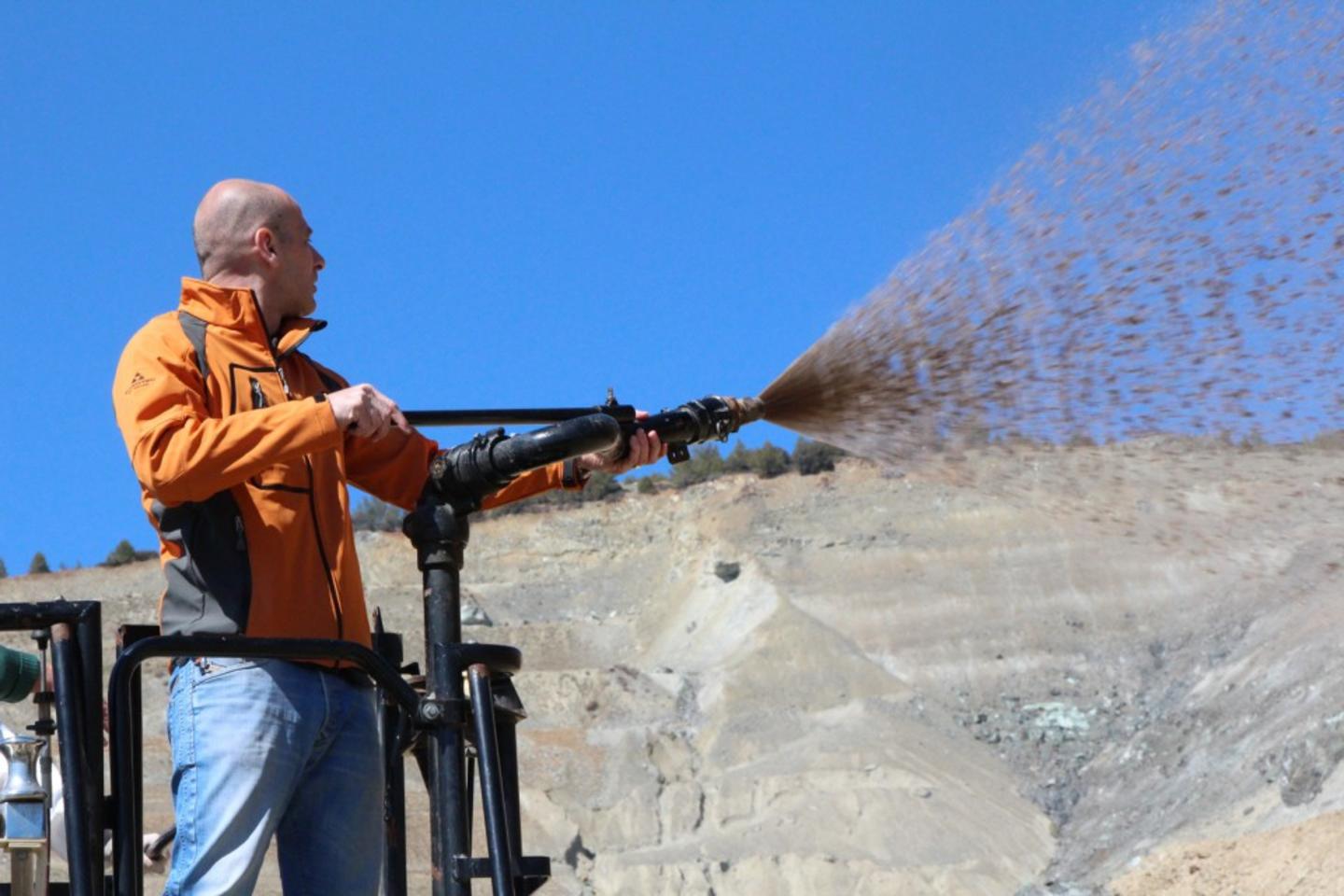 The last piece of asbestos was dug out of the Amiantos mine in 1988. However, restoration of the area is still ongoing. Underway since 1995, the rehabilitation process is a lengthy and complex task expected to be completed in 2030. The support from Iceland, Liechtenstein and Norway is part of a wider effort to preserve local biodiversity by enhancing capacity and know-how in restoration procedures, health and safety standards, and conservation techniques. The Department of Forests of the Cypriot Ministry of Agriculture, Natural Resources and Environment manages the project.

The rehabilitation of the mining is essential for the surrounding area. In addition to being one of Cyprus’ most popular tourist locations, the Troodos National Forest Park is a Natura 2000 site, belonging to an EU wide network of natural conservation areas. “[The park] is mostly natural and a very valuable habitat for many native plants and animals. Its conversation status is good, although it receives many visitors with all the subsequent consequences. The Amiantos mine is a blight on this valuable area,” explains project manager Takis Tsintides.

“While it was operational, the mine contributed significantly to the prosperity of surrounding area, in particular as a major employer. But gradually it became clear that it also had a negative impact on human health. Many people died from diseases related to asbestos, like asbestosis and mesothelioma,” continues Tsintides. Likewise, the surrounding area is a water catchment area which flows towards one of the island’s largest dams providing water for domestic consumption.

Few plants have grown around the mine over the last decades as the soil has mostly been removed, leaving a shallow and coarse ground with a high pH value and limited nutrients. In the recent years, the risk of landslides has also become a concern, threatening lives and properties below the mine.

The aim of the project is to create a stable and self-sufficient forest ecosystem by evaluating and improving the current restoration techniques. “We had to convince the staff that it is not enough to just plant trees. We need to deal with other aspects and needs as well, such as doing it effectively, using the correct plant species, paying attention to the needs of biodiversity and also taking landscaping and visitor needs into consideration,” says Tsintides.

Now, new methods are being implemented with the help of a hydro-seeding and mine restoration experts who have evaluated the previous restoration work and provided training seminars for the staff. The experts have also complied guidelines on hydro-seeding, mine and quarries restoration, and on the controlling invasive species, which will be used throughout the whole restoration process, as well as in other similar schemes in Cyprus.

The change in the area is already detectable. Out of the 14 hectares of mine waste planned to be restored under the project, ten are already completed. An artificial lake is also being created at the core of the mine pond which is expected to meet the area’s irrigation and wildlife needs.

Even though the project is still not completed, it has already garnered positive attention. “The local communities were informed about the project and its progress at two information events organised in June in 2013 and 2014 and they all expressed their satisfaction about the project,” says Tsintides, adding that environmental groups have also voiced their support of replicating the lessons learned in other mines and quarries.

The project receives around €1.1 million from Iceland, Liechtenstein, and Norway, making it the largest project supported through the Cypriot ‘Biodiversity and Ecosystem Services’ programme. “The support of the EEA Grants has proved very valuable as Cyprus has been facing an unexpected economic crisis since 2013,” notes Tsintides. “This has enabled restoration work to continue at a good pace, which otherwise would have been postponed as a result of drastic cuts in the department’s annual budget.”

Read more about the Cypriot ‘Biodiversity and Ecosystem Services’ programme

Read more about the EEA Grants to Cyprus