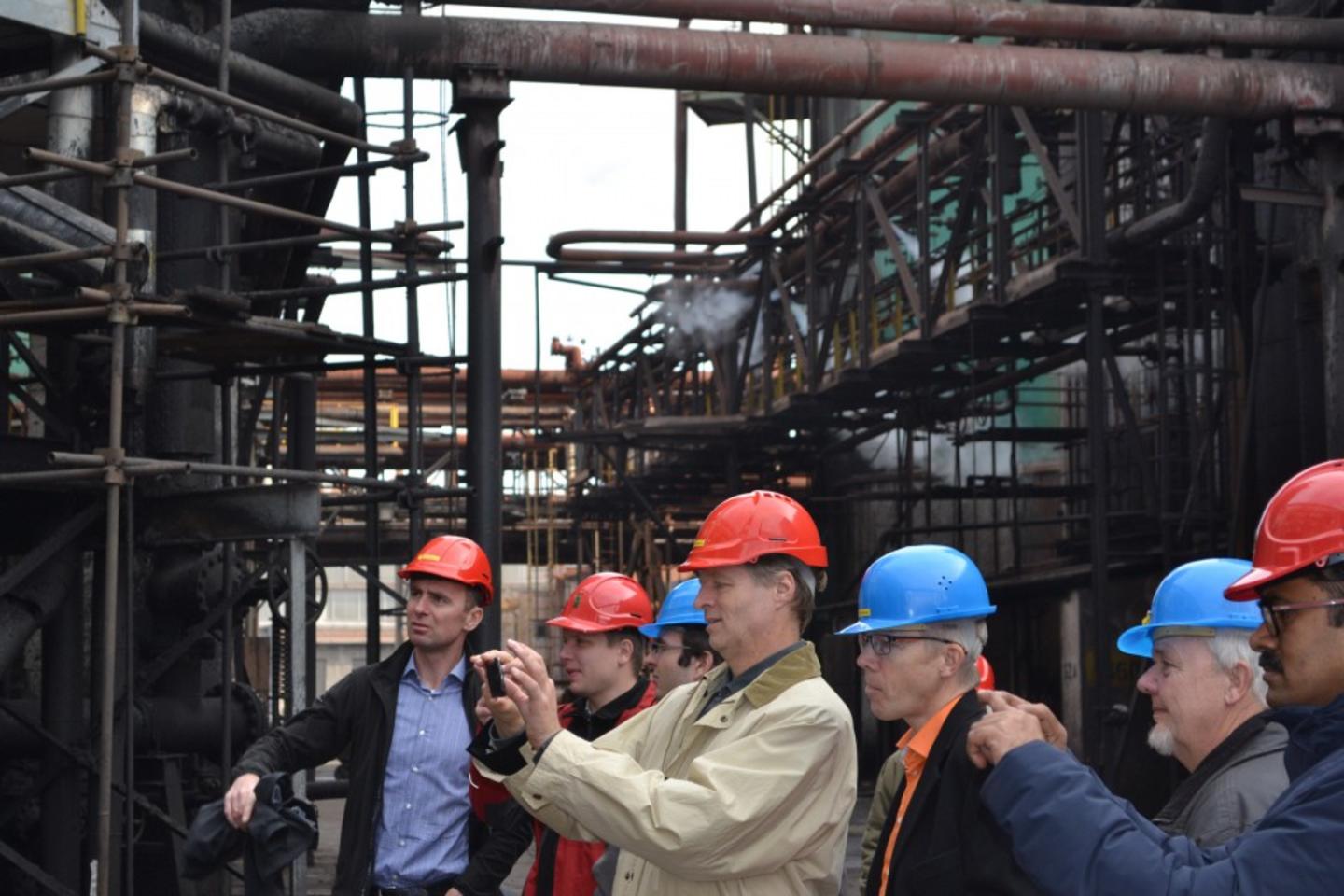 Inspiration and experience exchange – these are the key words describing the workshop held at the Department of Energy Engineering of the Faculty of Mechanical Engineering of the Czech Technical University (CTU) in Prague on 4 and 5 November. Organised in cooperation with Reykjavik University, the workshop was the opening event of the ‘Czech-Icelandic Energy Cooperation’ project, financed through the Czech ‘Scholarship’ programme.

The project focuses on clean energy and the energy production technologies used in Czech Republic and Iceland, and is implemented in partnership by CTU and Reykjavik University. Launched this September – and running until August next year – the project will facilitate the exchange knowledge and experience concerning production of renewable energy and low emission energy production from fossil fuels. In addition, the two universities plan to implement student mobility doctoral programmes and to create a basis for a joint doctoral program focusing on energy engineering:

"The doctoral students would spend a part of their studies at CTU and another part at Reykjavik University. This way, they not would not only gain experience in an international environment, but also a diploma from both universities – which would have significantly improved their position in the labor market" explained project coordinator Jan Hrdlicka from the Faculty of Mechanical Engineering of CTU in Prague, who introduced the workshop objectives and the planned activities of the project.

Among others, the CCS technologies include oxyfuel combustion technology, which experts from the Department of Energy Engineering at CTU in Prague experimentally verified in a coal-fired pilot scale fluidized bed boiler. Unlike in the classical method of combustion with air, the oxyfuel technology  uses pure oxygen or oxygen enriched air. The result is an increased concentration of CO2 in the outgoing flue gas, which can thus be easily removed.

Experts from the CTU also presented activities of the University Center of Energy Efficient Buildings (UCEEB), which was founded in 2010 as an independent academic institute of the CTU. The center brings together researchers from four faculties – civil, mechanical, electrical and biomedical engineering –  who together solve the problems of energy efficient buildings.

The center seeks to create a link between university research and industry explained Jakub Maščuch of the research team, which deals with the energy systems of buildings. The research project has likewise involved doctoral students, enabling them to work on international academic projects.

Researchers from Reykjavik University presented their work as well, lead by Guðrún Sævarsdóttir, Dean of the University’s School of Science and Engineering. In her speech, she highlighted that the Iceland School of Energy –  an international school dedicated to the training of experts in the use of sustainable energy source – also forms a part of the faculty. Furthermore, the school is closely linked to major companies operating in the sector and prepares the students how to work, both in industry and in academia.

Teachers and doctoral students working at Reykjavik University informed the Czech partners about their research projects focusing on renewable energy sources, particularly on geothermal energy. One of the doctoral students, Tufwane Mwagomba from Malawi, deals with the thermodynamic analysis of potential sources of geothermal energy in his doctoral thesis. According to his assumptions, hot springs could become an alternative energy source in Malawi to hydroelectric power plants which have low capacity and are often threatened by floods.

The theoretical part of the program was followed by a tour of the laboratories of the Department of Energy Engineering, where the researchers are testing the aforementioned oxyfuel CCS technology. The second day of the workshop took the Czech and Icelandic colleagues on an excursion in the Integrated Gasification Combined Cycle power plant in Vřesová in northwestern Bohemia and coal-fired and natural gas combined cycle power plant in the Počerady.

Another workshop under the project Czech-Icelandic cooperation with a focus on clean energy sources will be held next May in Reykjavik, and the final meeting of representatives of partner institutions is planned for August.

The two institutions were brought together through coincidence explained Hrdlicka. One of the PhD student from the Department of Energy Engineering undertook a study stay through Erasmus at the Reykjavik University a few years ago. He successfully established contacts to the local PhD students and academics, which he then handed to his home university. The representatives of the two institutions later contacted each other, with academics from the Czech Technical University in Prague visiting their colleagues in Iceland and beginning to develop plans for a closer cooperation. Thanks to the EEA Grants, that cooperation materialized in the last year, as the Czech Technical University in Prague submitted a successful grant application for the project to the Czech Scholarship programme.