With help from Norwegian construction students, one of the oldest wooden synagogues in the Baltics has been restored. When the ‘Green Synagogue’ opened to the public it was barely recognisable. 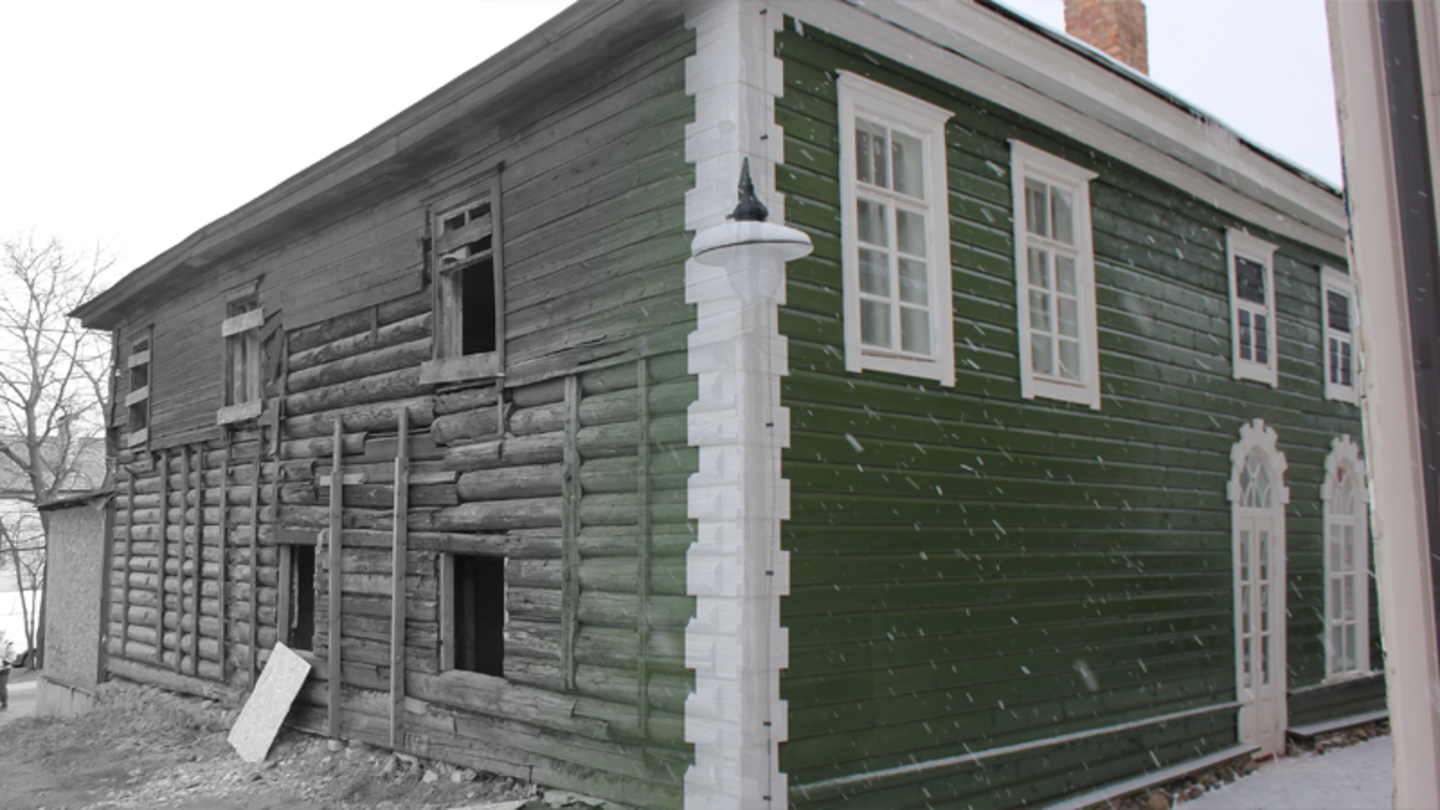 This article was originally published on the Norwegian Ministry of Foreign Affairs' website: https://www.regjeringen.no/en/aktuelt/make-over-of-synagogue-in-latvia/id2472416/

Turnout was solid for the official opening of the ‘Green Synagogue’ in the Latvian city Rezekne on 22 January. Dating back to 1845, the Synagogue, which is the last remaining synagogue of 11 synagogues in Rezekne, was in use until the early 1990s.

Since then, the building, which is one of few synagogues that has been preserved in Eastern Europe, was left to decay. Supported by Iceland, Liechtenstein and Norway through the EEA Grants, a project aiming to restore one of the oldest wooden synagogues in the Baltics was launched in April 2014. The restoration work is now completed. The video shows the transformation of the synagogue from a derelict building to a restored wooden synagogue in line with historic conservation techniques.

Norwegian construction students from Sam Eyde upper secondary school in Arendal participated in the restoration project. A total of 60 students from the school have been in Rezekne to help restore the Synagogue, and has thus gained valuable work experience at the Latvian synagogue.

The Norwegian students have worked together with local students from Rezekne, local craftsmen and the construction company that had the primary responsibility for the restoration process.

Gita Umanovska is the executive director of the Jewish Community of Latvia. She says that the restoration is of great significance for the Jewish community in the country:

“Before World War II, Rezekne was a vibrant Jewish community and home to more than 3 000 Jews. During the war, Latvian synagogues were burned by the Nazis. It is a miracle that the ‘Green Synagogue’ survived the World War II. In Soviet times, when religious activities were almost impossible, a small community of 200 people used the synagogue. The restoration of the synagogue will benefit everyone – that’s a new miracle!”

The ‘Green Synagogue’ will function as a centre for the conservation of wooden buildings and act as a cultural information centre focusing on Jewish cultural heritage. The building will also be used as a synagogue.

The restoration of the ‘Green Synagogue’ is part of a series of projects supported by the EEA Grants with the aim of conserving Jewish cultural heritage.

Facts about the project

Read more about the project ‘Restoration of Rezekne Green Synagogue’

Read more about the EEA and Norway Grants to Latvia