Combatting looting and illicit sale of antiquities is a common challenge that requires joint efforts. A conference dedicated to the topic was held in Sofia 16 September jointly organised by Norway and Bulgaria and in partnership with UNESCO. 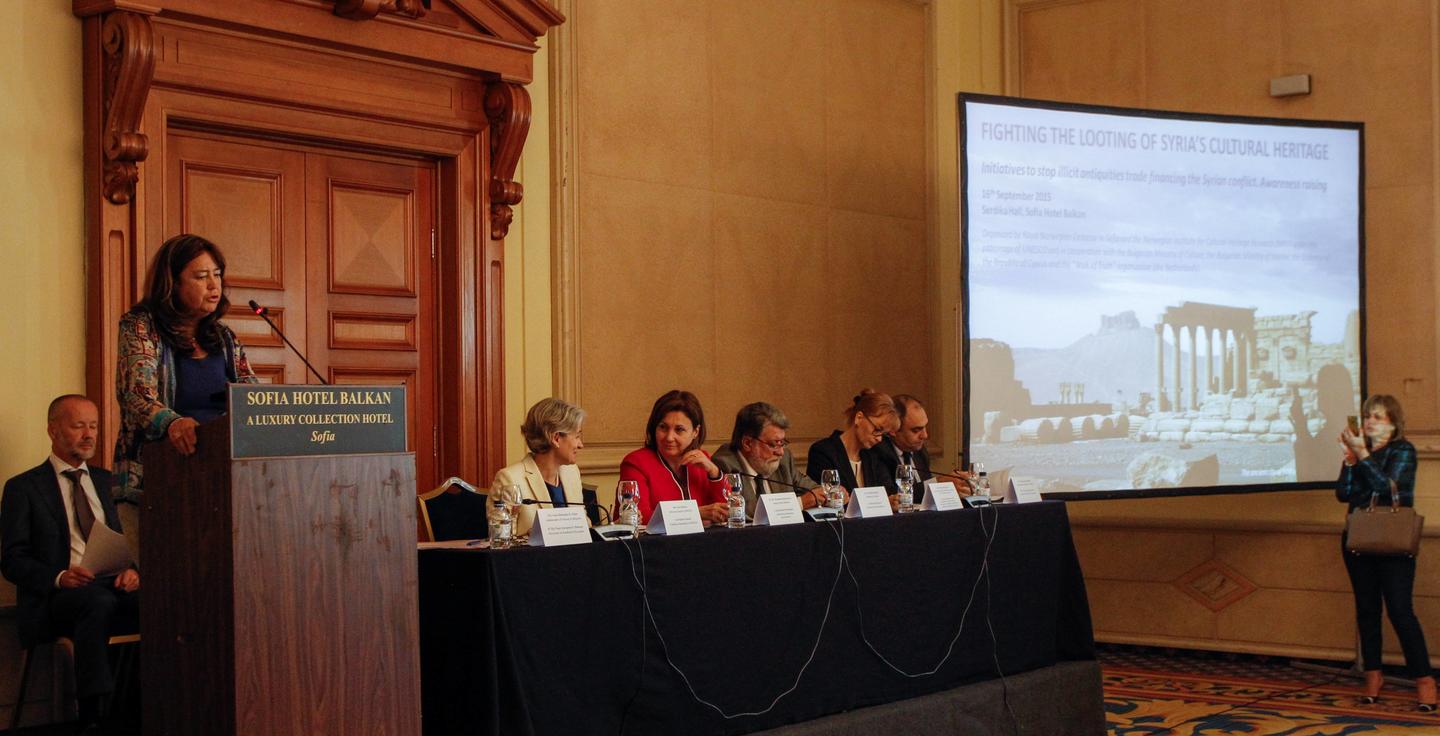 The illicit trade in looted antiquities from Syria and the smuggling of heritage treasures is among the less well-understood but increasingly important sources of income funding the war in Syria. The conference looked at what could be done to address the trafficking of Syrian cultural heritage objects across the EU’s borders.  The need for joint efforts from the global community to safeguard cultural heritage and curb the looting and illicit sale of antiquities, regardless of their origin was highlighted at the conference.

Timely Norwegian-Bulgarian initiative
To raise awareness of the common challenges, the Royal Norwegian Embassy in Sofia and the Norwegian Institute for Cultural Heritage Research (NIKU) in cooperation with the Bulgarian Ministry of Culture and the Bulgarian Ministry of Interior organised the conference “Fighting the looting of Syria’s cultural heritage” in the Bulgarian capital Sofia 16 September. The Embassy of the Republic of Cyprus in Bulgaria and the non-governmental organisation “Walk of Truth” (the Netherlands) also took part in the organisation.

The conference was held under the patronage of UNESCO and Director-General Irina Bokova held the opening speech and thanked Norway and Bulgaria for the timely initiative. She warned about what is happening in Syria.

Cultural heritage for development and jobs
The following day, a conference was jointly organised by Norway and Bulgaria to focus on how good management of cultural heritage can stimulate regional economic development, jobs and the inclusion of vulnerable groups.

Through the EEA and Norway Grants, Iceland, Liechtenstein and Norway contribute with more than € 200 million for preservation and revitalisation of cultural heritage and cultural cooperation in 14 European countries.

The EEA and Norway Grants - together with the Bulgarian Ministry of Culture – currently fund 33 projects restoring and conserving cultural heritage and stimulating cultural diversity and cooperation. Find out more about the projects.
“The funding goes beyond an investment in bricks and cement. Our support and cooperation’s primary aim is to reach out to people. It takes account of what culture and heritage means to them. It aims to revitalise their heritage and give it a purpose for them in their daily life,” said Sheamus Cassidy, responsible for the cultural programmes in the Financial Mechanism Office – the secretariat of the EEA and Norway Grants.

The two conferences were supported by the EEA and Norway Grants through the bilateral fund at the national level in Bulgaria.